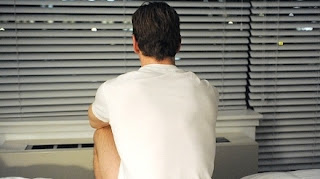 Just one film yesterday but one that I was looking forward to the most at the festival. And as has happened a few times before in the previous years, one of the most anticipated films turned out to be a disappointment.


So why the disappointment? I was basically hoping for a more radical film about sexual addiction, which is how the film has been generally described. Yet as I realised half-way through that this was not the case at all, I began to enjoy it a little more. To me the film is actually about emotional detachment, with the lead seemingly unable to connect with anybody on any level, be it his casual pick-ups or even his own family, and the sexual addiction is a mere by-product. There is indeed a rather obvious metaphor throughout, with his spotless but designer apartment whose coldness reflects his own sterile emotional state of mind. 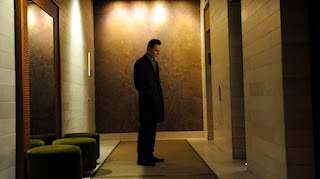 And for all its description as a bold film, I actually found its take on sexual compulsion to be a little timid and simplistic even. What does the film has to tell us about it? That it gets in the way of forming a long-term relationship? That it is not fulfilling? This is hardly ground-breaking and actually rather debatable. And this has to be said, the sex scenes are rather tame. Not that I expecting them to be titillating at all, but more of a Catherine Breillat level of clinical crudeness.

I was actually reminded of Ken Russell's Crimes of Passion while watching this. In this 80's underrated gem, Kathleen Turner plays a strict businesswoman by day who lives out her sexual fantasies by night as a hooker called China Blue. Beyond the laughable 80's kitch veneer lied a much more original and complex proposition about the importance of exploring your sexual feelings. Her character did not feel shame at her late nights shenanigans, but some much more ambivalent emotions.

Interestingly, one of the most interesting scene in Shame turns out to be one of the most understated. While on a dinner date with a female work colleague, Brandon's lack of emotional empathy is laid bare in a very frank yet casual conversation, and the credit must also go to the actress Nicole Beharie as his date, who manages to express so much with so little acting artifice: the quiet resolution that cannot hide the pervading hope of a possible future...

Speaking of acting, if there is one saving grace in Shame, it is Michael Fassbender. His performance is extraordinary and on more than one occasion, transcends the material. He manages to express so much, shame, disappointment, self-hate, emptiness... without the need for lengthy dialogues or big, showy scenes and he picked up a well deserved acting gong at the Venice Film Festival last year.

Carey Mulligan as his sister on the other hand... Her vast talent is not quite enough to save this car crash of a character, the sort of exceedingly annoying and neurotic woman that seems to pollute a whole lot of indie films. To say that a plot development concerning her is predictable is the understatement of the year. Still, at least Steve McQueen manages some almost scenes between the two siblings, due to their dysfunctional and unusual relationship.

I might be a bit unfair and re-reading my review, I could understand if I was criticised for simply wanting the film to be something it never set itself to be. And I cannot help but admire the impressive and subtle direction, full of understatement. I still cannot help thinking however that this is a wasted opportunity.