LFF Day 9: The Day Things Went Bump In The Dark 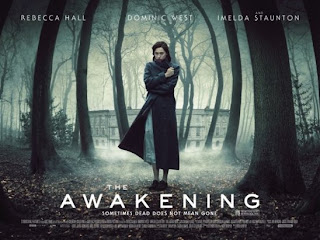 So the London Film Festival did not quite turn out the way it was supposed to, as I was struck half-way through by the notorious festival bug that has claimed so many victims this year. (They should really have put Contagion as an ominous opening film) And I only managed 16 films out of the 27 I was supposed to see. Still, I ended on a high note with British supernatural thriller The Awakening. Having read the very negative 2 stars review from Empire on my way there, I feared the worst. But I cannot say no to an even half decent ghost story. And what an unexpected pleasure this turned out to be.


Set in the early 1920's, at a time where the world had barely recovered from WW1, and people sought solace in the supernatural, The Awakening follows Florence Cathcart (Rebecca Hall, excellent as usual), a sort of early days Agent Scully, who has made a living out of debunking charlatans who use the occult as a way to scam victims far too willing to believe them to heal their grief. She reluctantly accepts a new assignment at a boys boarding school where a pupil was found dead and sightings of a ghostly figure have been reported. 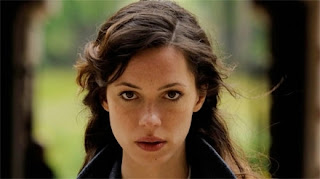 The film starts off as a promising if slightly classical ghost story. There are some impressive production values for its relatively low budget of £3M, and the film makes great use of its setting, mainly a stately house that is far away from the usual gothic stereotypes, all in wide rooms and flooded with natural light. Interestingly for the genre, except for one scene, the film is entirely set in daytime, albeit a misty and atmospheric daytime, with a suitably muted colour palette.

But the film really soars in the second half. It is rather frustrating to try to discuss it without revealing its secrets, and I will not go down the route of some reviewers who think nothing of spoiling a film, having completely lost sight of the pleasure of discovering a film for their readers. 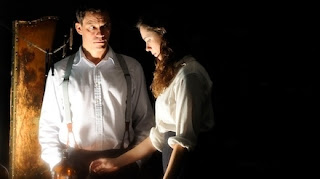 After what appears to be an early resolution, the film takes a more unexpected turn, and tightens its narrative grip onto its trio of lead characters, which also includes Dominic West as a cowardly headmaster, and Imelda Staunton in a wonderfully ambiguous part. While they might have appeared slightly unidimensional at first, especially Rebecca Hall's no-nonsense and strong-minded investigator, cracks appear and their weaknesses and demons are all exposed. Indeed the film is just as concerned as giving us some very efficient frights (the "dollhouse" scene" and the "pillow" scene truly scared me, you'll see...) as it is interested in character development. 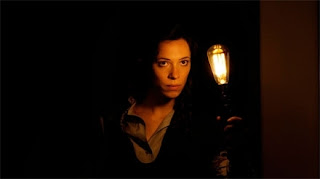 And The Awakening becomes more than just an efficient chiller. While some have lamented that a few twists have been borrowed from other popular ghost stories, what sets the film apart is the presence of some depth and subtlety that I certainly did not expect. Without hammering down its message, it explores the complex relationship between people and the supernatural, and the psychology of grief and trauma.

The Awakening is out on the 11th of November in the UK and is highly recommended.