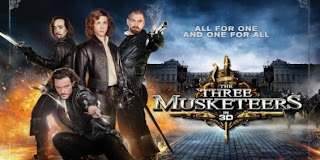 It is an understatement to say that Paul W.S. Anderson does not have the best reputation among film fans. In fact, for many, he is only second to Uwe Boll in the scale of awfulness. His main crime is to have squandered the Resident Evil adaptation with an anemic film franchise, as well as committing the woeful Mortal Combat to the big screen, yet another misguided videogame adaptation.

Yet he has not always been without his merits. His "Hellraiser in Space", Event Horizon, has earned a cult status of sort, and I might be alone in this but I felt that Resident Evil 4 was a real improvement in the serie. So it was intriguing to see him embark on a new chapter of his career and target a wider audience with a family blockbuster. Was he to surprise us all?


A classic novel by Alexandre Dumas, The Three Musketeers needs no introduction and had already been adapted several times in cinema, most famously by Richard Lester in the 70's in what remains the definitive version, and more recently in the mid 90's with a film featuring Kiefer Sutherland that has been largely forgotten since, and rightly so. So it is all to the British director's credit to have tried to inject something new, and bring in his blend of modern 3D slo-mo action to the mix. 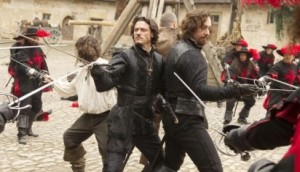 The surprise is that it actually works. The anachronisms and 3D action pieces blend surprisingly well within the well known storyline, and are so skillfully integrated that it never feels like a spoof. There are a few thrilling action scenes, most notably a great prologue in Venice, and an extended and terrific set piece on board of some sort of flying war-ships. As per Resident Evil 4, the film was actually shot in 3D, as opposed to being a lazy post-conversion and it shows. The extra dimension complements the action and had more depth to the experience, which is exactly what it was intended for.

Despite this, a few of the problems with Paul W.S. Anderson remain. As with several films of his before, while he is able to put together some exciting action scenes, the film does lack cohesion, and ultimately ends up feeling like less than the sum of its parts. Perhaps the film might have benefited of either a longer running time to explore all the different storylines, or of a tightening up of the script, even if it meant cutting loose some characters altogether. 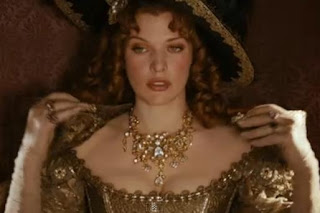 And in spite of the prestigious cast, the acting is hit and miss. The main problem is that with such a large ensemble, it was always going to be tricky to give enough material for all of them to shine. The real disappointment are the musketeers themselves. They simply are not given enough to do, and lack chemistry. Only one of them, Matthew Macfadyen as Athos, is given some sort of depth and a narrative arc.

The baddies are a mixed bag too. Christoph Waltz as Richelieu offers a one note performance, and one has to hope he will soon find some parts worthy of his considerable talent, and not just become Hollywood rent-a-villain. Milla Jovovich as Milady Winter, is given a hilarious nod to her Resident Evil part in the thrilling opening scene, and brings in a real physical presence to her numerous action scenes. But the part also required a complex blend of menace and charm and this seems to be stretching her acting skills. As for Orlando Bloom, he seems to be relishing the opportunity to play against type, but his character, part Shoreditch hipster/part Jack Sparrow, does not give a lasting impression. 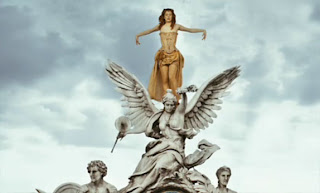 I do have to warn you that James Cobden is this film, as Planchet. I will charitably say no more.

If there is a surprise to be found, it is within the younger cast members. Logan Lerman, previously seen in the woeful Percy Jackson & the Lightning Thief, makes his D'Artagnan a surprisingly likeable character, with plenty of exuberance and energy. But the heart and soul of the film belong to a couple of secondary characters. Freddie Fox as a naive and shy King Louis, and especially Juno Temple, as a witty and resourceful Queen Anne, offer some of the most endearing scenes, bringing in some youthful charm and innocence with their burgeoning romance, giving the film some time to breathe in between all of the action.

While The Three Musketeers does not fully delivers on its promises, it is certain to silence some of Paul W.S. Anderson haters, as he proves more than capable of handling a bigger budget, and breach out of the horror genre. Despite a few reservations, this is still vastly entertaining, and, in comparison to some recent overblown family blockbusters such as the Pirates of the Caribbean sequels, this comes as a breath of fresh air. The director new and exciting project, Pompeii, a romance set in the background of the eruption of Mt Vesuvius, and set to be filmed in 3D, could well take him to yet another level.