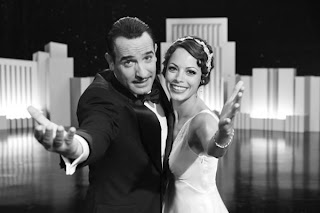 A very strange feeling at the LFF over the last few days, with me only seeing one film per day, the heresy! I am going back in the full swing of things today however, with 3 films! I still managed to see a couple of great films over the last couple of days.


First of all Coriolanus by Ralph Fiennes. I have actually written a full review as a guest editor for Cinemart so no need to repeat myself here. Suffice to say that the first time director has managed a much more intense, visceral and relevant Shakespeare adapation than anything self appointed Bard specialist Kenneth Branagh has ever managed. And you will be please to read that, despite featuring Ralph Fiennes and Gerard Butler as the leads, my review is mercifully free of cheap Voldemort/300 jokes. 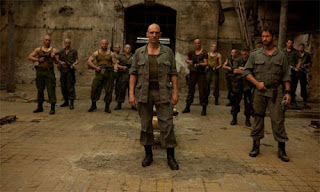 And then last night was the gala screening of The Artist. With so much hype ever since its rapturous reception at Cannes earlier this year, was it ever going to live up to it? It did, it certainly did! While the film is not even out in cinemas yet (apart from France where it has just come out to great success), so much has been said about it already that it almost feels redundant to write about it. But it is such a joyful experience that I have to!

Who could have predicted a few months ago that a French black & white and silent tribute to the golden age of Hollywood, who had just been included as a late addition to the Cannes line up, would be such a tremendous surprise? This is one of the things I love about cinema, its neverending ability to surprise us, and the risks some filmmakers are willing to make. 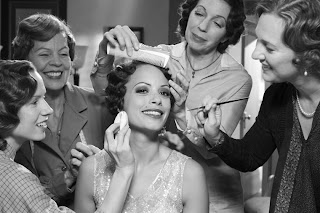 As has been said before, it is indeed a loving tribute to all those silent films of the 20's, by somebody with a real passion and knowledge of them. But obviously, a faithful recreation, no matter how good your intentions are, is not enough to guarantee a good film, and you do risk of falling into pastiche territory. You just have to go back to a few months ago where JJ Abrams technically apt but clinically cold and uninvolving Super 8 (his tributes to the late 70's/80's golden age of Spielberg and the likes) to see how wrong it can all go.

No such thing in there. The films is a striking success, funny and moving, and far from just being a mere replica of its influences, is also very much its own film. I particularly enjoyed the way the film plays with its concept, with some hilarious visual and auditory jokes. But the real success of the film is how emotionally involving it is. The romance between the two leads is among one of the most touching and affecting I have seen on screen for as long as I can remember, thanks to the incredible chemistry between Jean Dujardin and Berenice Bejo.

Those two are instrumental to the success of the film. Berenice Bejo is all smile, spark and likeability, with a million watts smile that makes her character as a rising Hollywood star all the more believable. As for Jean Dujardin, this film is his triumph, and he has already bagged a well deserved best actor nod in Cannes. Suave, charismatic, and oozing the charm of a by-gone era, it seems that nobody else could have played this part. And I cannot not mention one of the funniest and loveable dog in the history of cinema, who has already won the Palme dog in Cannes.

There are talks of Oscars and with awards powerhouse Harvey Weinstein having bought the rights, and planning an award-friendly release date end of November in the US, I would not be surprised...

Tomorrow, my round up will include a Norwegian thriller, the modern adaptation of a French play and an absolutely fantastic Argentinian intimist thriller.