Who Likes A Surprise? The Imposter! 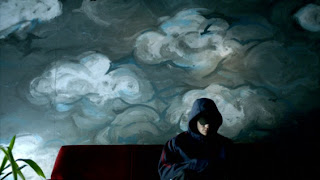 Everybody likes a surprise, and particularly film fans. Over the recent year, the trend of the "Surprise" film has really taken off in film festivals, be it the London Film Festival, Big Screen last year, Secret Cinema and even the venerable Venice Film Festival. Based on this, a distribution company has recently used this as a marketing tool and a clever way of drumming up some interest for their new film, as I discovered at a "surprise" screening I was invited to last week.


The principle is simple, and it has become the most sought after screenings at the London Film Festival. You are given no clues to what the film might be, and you have to buy a ticket at the same price as any other screening, taking a chance and risking being made to watch a film you probably would not have bothered otherwise. While this yielded some highs (The Wrestler, No Country For Old Man...), it all went crashing down in the two following years when I finally managed to snatch a ticket: Capitalism, A Love Story, and Brighton Rocks... Thankfully the festival redeemed itself last year with Damsels In Distress.

So why do we all flock to this? I guess the idea of somebody else picking a film for our is attractive, just the same way as I love the randomness of Lovefilm picking a film for me out of my 600 titles strong list. There is also the constant attempts to guess what it might be on the LFF Facebook boards and Twitter, the collective excitement as the day approaches... Finally, the collective experience once at the screening, as the title is not revealed, and you just have to wait for the credits to roll, try to guess when the studio's name comes up, the director's name... the collective gasp of horror or excitement when the audience finally realises what it is...

The company See Films First, which usually organises more traditional free preview screenings for their members, held a "surprise" screening on Saturday afternoon, and the surprise turned out to be "The Imposter", a mind-boggling documentary about how the missing son of an American family in the 90's reemerged in Spain a few years later, and was reunited with them... But was it really him? (Well, the title of the film kind of spoils it!) 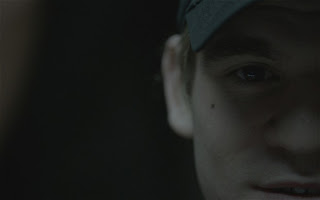 This was clever in the sense that a good chunk of the audience might not have bothered applying for a ticket had they known what it was. And neither would I If I am completely honest, despite the good feedback I had read about it. Plus it was a great experience to see such a documentary in a packed cinema, in one of the biggest screen in London at the Empire Leicester Square.

See Films First had sent us a few clues, which bizarrely, turned out to be completely inaccurate. I am not sure whether these were meant as red herrings or somebody did not quite check his facts. We were told that the film would be released in autumn in the UK and that it was not genre specific. Well it will be released in August actually, and if documentary is not a genre that I am not sure what is!

So what about the film itself? The Imposter is a solid documentary, although I might not be quite as enthusiastic about it as some were when it was presented at Sundance and Edinburgh. If anything, its greatest strength is to show us that real life is infinitely more bizarre and unexpected that anything any scriptwriter can ever come up with. And indeed, as the different twists and turns are revealed throughout, you could not help thinking that, had this been a fiction. it would have been lambasted for being far too unbelievable. Plus some of the people involved would not have been out of place as characters in a Coens brothers/Lynch early 90's film.

In fact, I find it hard to believe that nobody, including myself, seems to remember this story, even though it must have made some noise in the media when it happened in the late 90's. If you think you got it all worked out pretty quickly, just wait until more twists come through...

Director Bart Leyton has a solid background in hard-hitting documentaries for British TV, and it shows. He does not rely too much on artifices in a Michael Moore/Morgan Spurlock kind of way, and his decision to have actors reenact some episodes of this incredible story actually pays off, as it provides a more immersive experience. He is also ethical enough to give each of the protagonists the time to relay their side of the story, offering a balanced account of what happened as a result.

There is a powerful theme being braced here, how hope can blind one's judgement to unsuspected levels. But ultimately, as efficient as this film is, to be blunt, I would say that all the work was already laid out for the director with the mind-blowing real-life story at the origin of this project. And while The Imposter provides a skillful account of what happened, it does not quite transcend the documentary genre. Still, read as little as you can before seeing it, and prepare to spend a lot of time with your mouth open in disbelief!

Coming back to the Surprise screening as such, my only slight concern is that the audience's appetite for this sort of thing might wilt if the trend is spread too thinly. And at the risk of being a snob I must admit I got annoyed that, having a large chunk of the audience unprepared for what they were about to see, meant they were determined to treat this as a comedy, laughing out loud at the most innoportune moment. Having said that, I would sell my kidney for a ticket for the Surprise film at the LFF 2012!