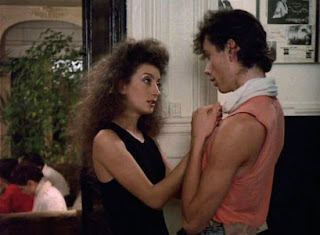 Or The nights of the Full Moon as the French title goes, omitting Paris as if it was so obvious to the French that any worthwhile story can only take place in their capital.

In Full Moon In Paris, Louise (Pascale Ogier), is torn between a life of suburban stability with lover Rémi (Tchéky Karyo), and a life of independence, parties and fleeting romance in Paris with other men, Bastien (Christian Vadim), Octave (Fabrice Luchini)...

It might be hard to believe for non French film fans, but Eric Rohmer has not quite alway been celebrated in its own country. Indeed he went through a phase, around the 90's, where his cinema was lambasted as dated, redundant and irrelevant even. For a non-French speaker, it is difficult to hear it but he has his actors use a very unique and rather flat diction, that does not feel all that natural. That and his vision of romance which might seem as if it has not changed at all since his first films, contributed to the backlash, where more modern, edgier filmmakers (allegedly) were celebrated, such as Matthieu Kassovitz. And where is he now? Ranting on Twitter yet again, probably. Thankfully, the French have got back to their senses since, and the late director is now widely regarded as one of the best that the country has ever produced.

Far from calling Eric Rohmer's films dated, I would rather call them timeless. And while I have discovered his work rather late, I have since voraciously been catching up with every single ones of his films. A close second favourite of his would be A Summer Tale (Conte d'été) and its charming story of young love and summer romance, but the charming and insightful Full Moon In Paris, only seen recently, has since become a firm favourite of mine. 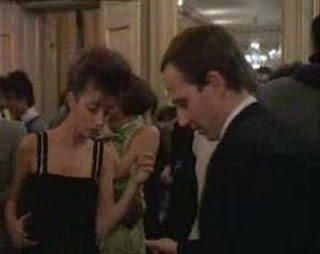 Light like a bubble of champagne, it braces some powerful and ever relevant themes nevertheless. The storyline of a woman trying to decide between security and routine against independence and passion has been followed many times, but unlike somebody like Madame Bovary, here Louise does not go all dramatic on us and drink poison, instead, she decides that she will have it all, or try to anyway.

The endless musings about love are so unmistakably French, and there is a refreshing sincerity and honesty between the female lead and all of her lovers, which makes this film so much more mature than all the recent and artificial rom-coms (Love, Actually *pukes*). The dialogue, as ever with Eric Rohmer, is a pure joy, yet despite its brilliance, it never feels forced, even when Octave (Fabrice Luchini) utters the following line:

"I have to admit that every time a woman looks at me, I have this feeling of deja-vu, perhaps simply because when a woman looks at a man, she is charged with such a potential of timeless feminity that it obliterates her singular characteristics" 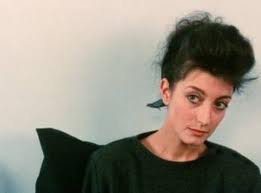 Pascale Ogier as Louise, sports an 80's hairdo that is so big in some scenes, it bends space and time, with even bigger eyes. She also makes one of the best Eric Rohmer heroines, fitting effortlessly in his delicate universe. Sadly she passed away a mere few months after filming was wrapped, which must have added a terrible poignancy to the film's release.

As the icing on the cake (or the cherry on the cake like they say in French), for an 80's obsessed person such as myself anyway, the depiction of the Paris of this era, filled with parties in boho apartments is a wonder, with, as an added bonus, the songs of Elie and Jacno. 80's French pop music has always had a bad rap for its cheesiness, but there was a little known and short lived more alternative movement of light pop, as represented by this band, which threaded a fine line between naffness and guilty pleasure.

As part of our multiblog films challenge, Martyn Conterio at Cinemart picked L'Age d'Or as his number 12. You can read his post here.

And we are now half-way through my top 20. With a few exceptions, my top 10 feature so much neon lights, it could be mistaken for a sleazy back alley in New York, circa 1981. Tomorrow with number 10, I will follow him, follooow him, follow him wherever heeeee may go!