Having taken a few days off writing after my epic interblogs film challenge alongside Cinemart, I still cannot quite leave it to rest. While the top 10 was easy to draw, I struggled with the second half, and many films which were considered did not quite make it. It was as easy a decision to make as being presented with a litter of kittens and asked to choose which one will live and which one will be drowned.

As a result, I have decided to mention of all the drowned kittens of my top 20, so that their spirits still live on with us, and make a few comments along the way.

It has been particularly enjoyable to be doing this list on a daily basis alongside Cinemart as we did not reveal our list to each other in advance, so the thrill of discovery was ever present. And while ultimately we did not have one film in common, his list has been constantly informative, I have added several of his picks on my lovefilm list and already seen one which I found excellent: The Isle, that crazy South Korean film (is there any other kind?). I do believe than personal lists are a lot more enjoyable to follow, with more unusual choices emerging. You can read his full list here.

Neither of us came up with some more obvious titles, but that was no planned reverse snobbery, or us trying to be different, our lists were totally genuine, only guided by our passion and I truly hope I have inspired a few readers to watch some of them. But back to my drowned kittens.

First of all, as I was explaining in my post on INLAND EMPIRE, I had to cheat slightly (apologies to Martyn at Cinemart!) and decided to only include one film per director, or ran the risk of having my list overrun by the same names. So to begin with, a few films from my favourite directors who each deserved a space.

David Lynch is by far my favourite director, and each of his films, apart from Dune, would have deserved a space on this list, such is the extent of his talent, and his ability to constantly innovate while keeping true to his inimitable and elegant style. Among the top of the crop, I would recommend Eraserhead, Blue Velvet, Lost Highway and The Straight Story, the latter being a proof that his cinema is not all about mysteries and strobe lights. I wrote a review for it as a guest editor for the excellent film site Mostly Film. 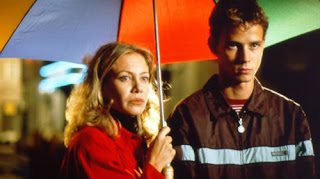 My second favourite director is Pedro Almodovar, and with him the same qualities as David Lynch apply, despite their obviously very different cinema, the Spanish director having the same unique and instantly recognisable style. Among his vast filmography spanning several decades, I would recommend Matador, an extraordinary account of how life, love, death and violence are interconnected, as well High Heels and All About My Mother, showing his softer side. 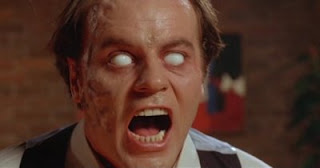 Another one of my favourite directors: David Cronenberg, for which I could have picked the following: Scanners, which is very similar to Videodrome for its shocking antics and its "I wrote it as I went along" script, The Fly, one of the most beautiful retelling of Beauty and the beat as well as a fabulous outlet for the director's body horror, and Crash for its cold depiction of a world devoid or morals. 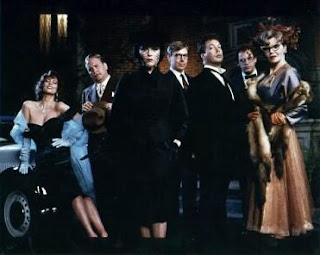 What else? Comedies do not feature quite as prominently as they should, and I firmly believe it is harder to make a decent comedy than a drama. Among those who nearly made it: Airplane and The Naked Gun. Those two films by ZAZ quite simply revolutionised the world of comedy and shaped its present landscape. Another cruelly underrated gem: Clue, an adaptation of the boardgame with a sizzling cast (Christopher Lloyd, Tim Curry, Ellen Burstyn, Madeline Kahn, Lesley Ann Down...) and some of the best comedy lines, EVER! 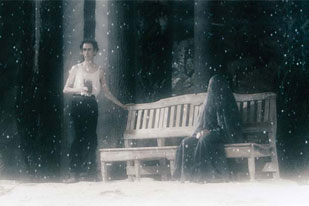 I like my experimental films and one of the weirdest I have ever seen (and enjoyed!) is The Piano Tuner of Earthquakes by the Brothers Quay, sumptuous and dream-like, if perhaps lacking of any real emotional connection.

Talk about experimental, another one that very nearly made it is Razorback, that Australian horror about a giant pig in the outback that is one of the most genuinely bizarre and atmospheric horror films I have ever seen. 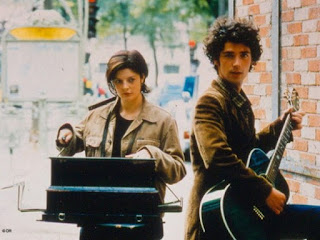 Sticking with the bizarre, Three lives and only one death was my first Raul Ruiz film and still my favourite of his, where his sense of the surreal is for once matched with a satisfying (if still bonkers!) and playful script. 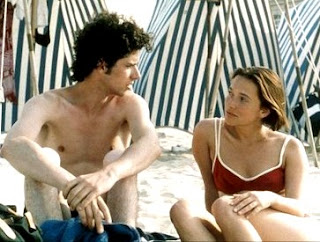 Moving on to French films, I had Full Moon In Paris from Eric Rohmer in my top 20, but I could easily have picked A Summer Tale, a wonderful depiction of holiday romance, and Pauline at the Beach, one of the director's best, with his usual musings about love, and starring the wonderfully eccentric Arielle Dombasle. 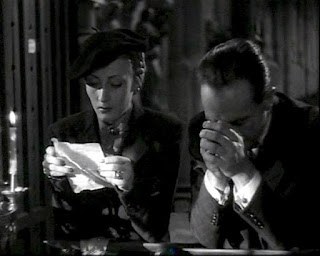 I lamented the lack of films made before the 80's in my top 20, but two of them nearly made it: Theorem by Pasolini, where the mental balance of a bourgeois Italian's family is destroyed by the arrival of a beautiful stranger, and The Raven by Henri-Georges Clouzot, the terrible and still oddly topical tale of the rotten core of humanity. 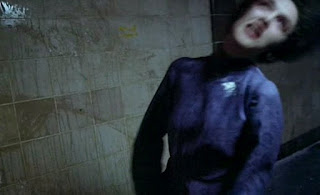 One that used to be in my top 5 when I was very young and who has oddly been slipping down still, especially recently after a new viewing was a bit of a let down, Possession by Andrzej Zulawski, with an absolutely incredible and terribly committed performance by Isabelle Adjani as a woman with mental problems who is having an affair with a green monster with tentacles, as you do. 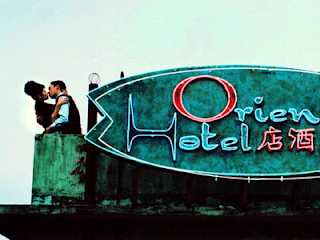 Other films considered, Insomnia by Christopher Nolan, his best as far as I am concerned, and 2046 by Wong Kar Wai, not his most obvious choice yet one that I place over In The Mood For Love for its inventiveness and all-round beauty. While his sense of style is undeniable, I am still waiting for the Hong-Kong director to deliver a true masterpiece though.

This might show my lack of in depth knowledge, but I would happily have placed The Grifters in my list, a darker than dark film noir by Stephen Frears, with an incredible duet of actresses, Anjelica Huston and Annette Benning. I do not know many older films noir however I have to admit! And an earlier film of his, Prick Up Your Ears, was for some time an equal to Law Of Desire in my books, with his wonderfully melancholic tone, yet for whatever reason it has been resonating less and less as I have grown older. 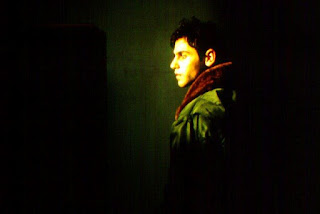 One unusual film which I have only ever seen once, at the Cannes Film Festival 1998, and been desperate to watch again ever seen, is Corazon Iluminado by Hector Babenco, a very atmospheric film about a mystical love story. Its memory has been haunting me since, and I wrote a post about it last year.

And to finish on a ligher note, while I seem to be missing the obligatory 80's blockbuster that MUST figure in any list from anybody who grew up in the 80's, I would place Indiana Jones and the Temple of Doom well above any other films in the genre. It was a time when Spielberg still knew how to have some fun, and its relentlessly entertaining thirty minutes with its non-stop, exhilarating action is a small masterpiece in itself! Speaking of lighter films, I would not be embarrassed to put The Spy Who Loved Me in this list, a James Bond way above all the others thanks to the incandescent chemistry between Roger Moore and the stunning Barbara Bach, for once a Bond girl who is more than his equal. I saw this very young and I loved the whole 80's jet set glamour.

I could go on and on and keep adding more films (and I probably will update this post!) but it might be time to stop. I shall look forward to the Sight & Sound top 10 list from all sorts of journalists and film theorists, to be published in September. In the meantime, feel free to add your own top 5 in the comment box (or top 10, or top 20!), I always love reading other people's lists.
at 22:56