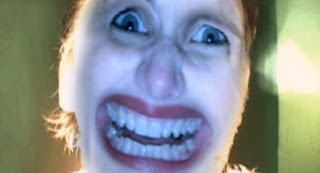 So INLAND EMPIRE, not Inland Empire, INLAND EMPIRE, I am not shouting at you, this is how the title goes, in block capitals. In retrospect, my top film should have been easy to guess, I did name my blog after it!

In INLAND EMPIRE, actress Nikki Grace (Laura Dern) sees reality and fiction blur on the set of her new film, as echoes of a previous and cursed attempt to film the same story emerge.

If I am completely honest, I have slightly cheated with my top 20 and only included one film per director. When we started it with Martyn Conterio at Cinemart, we said that there would be no rules and we would just follow our passion for films. The only slight problem is, had I done that, a good three quarters of the list would have been filled by films from David Lynch, Pedro Almodovar, Eric Rohmer and David Cronenberg, so I had to leave some space for other directors. David Lynch however is by far my favourite director, with a nearly flawless career so logically, he finds himself at the top spot. So many films of his could have found themselves in this position, Eraserheard, Elephant Man, The Straight Story, Lost Highway... But I picked INLAND EMPIRE, which almost acts as a sum of all of his previous work. 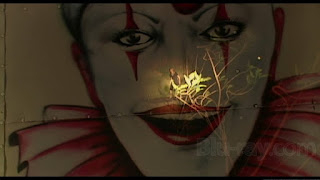 Having one of his films as my top film of all times sort of contradict was I was saying in my previous post about experimental films and the emotional connection but I stand by my choice. It is a popular source of criticism is that his films are all style and no substance but I wholeheartedly disagree with this. INLAND EMPIRE might not enlighten us about human nature in the same obvious ways as other, more "respectable" films might do, but it is not a soulless film or an empty exercise, more of a profound exploration of the darker side of our minds, of all that cannot be expressed and rationalised.

No one can conjure an atmosphere like David Lynch does, and his style is instantly recognisable and inimitable, be it his work on the shadows and darkness, the sort of suspended animation his characters always seem to find themselves in, the pervasive sense of threat, his use of neon, strobe lights, the muffled or exaggerated sounds... In many of my travels to the USA, I have found myself so many times coming across a very Lynchian set up, be it a roadside cafe by a gloomy, windswept forest near Seattle that had echoes of Twin Peaks, an empty back alley at night with a solitary neon sign, the entrance of an old fashioned theatre in a less salubrious part of Los Angeles...

If anything, I cannot find any better example to illustrate my case than the poster he designed for the Cannes Film Festival in 2008, as below. All it takes is a still and all we know and love about him is present, the sense of threat and mystery, the glamorous woman, the work with the shadows and light... 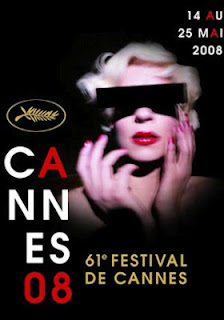 Despite being my favourite film, INLAND EMPIRE is probably the most difficult to talk about, much in the same way as the master himself does not like to explain his films much. I am not a film theorist, and I am not a big fan of trying to find symbols and explanation in everything. Not that it does not have its value of course, and I totally respect the work of proper film writers who have published countless books about his work. But the American director strives to address your subconscious and this is what makes his films so effective. I am usually an easy-going person and respectful of other's opinions, but I hate showing his films to anybody who I feel will not have the open mind to appreciate them or at least give them a chance, I am bored of having to explain what makes them so great and justify myself. Why is it that so many people struggle with mystery and must have everything explained to them, as if life itself made any sense?

I had actually a slight concern before seeing this one. David Lynch is one of the most elegant director there is, with a beautiful image that never feels like a glossy perfume ad. So when I read that he was filming his latest with a cheap DV camera, as opposed to his usual film format, I was concerned he would lose his stylish side. I need not have worried. While the image is a little grainy and fuzzy at times, it still remain incredibly gorgeous, and the digital format allows him more freedom, more movements, and at time gives it a voyeuristic, home-video feel that serves the story well. 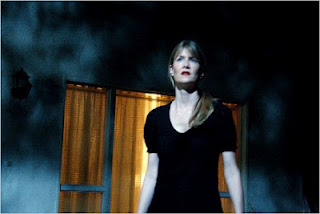 Like many of the most recent of Lynch's film, I remember leaving my first viewing slightly confused and perhaps not all that entirely satisfied if I am completely honest, as INLAND EMPIRE is a radical experience like no other, even more than any of his previous films. But I kept thinking about it, and subsequent ruminations and repeated viewing have confirmed that no other films come close to its brilliance. We here reach a new dimension of filmmaking, a new and unique way of telling a story. I am only down to my third viewing of it (by the way, this MUST be seen in a cinema to fully enjoy it), yet this latest one was the most intense yet, as if the film kept getting better and better every time. What I found particularly striking is that every time I watch it, it feels like I am watching a completely different film. 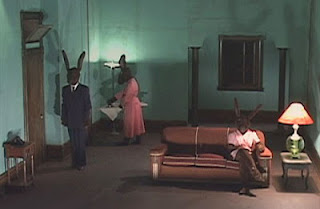 Not that I am understanding more of it. Because, despite what it might seem, the main storyline is not actually all that hard to follow, even if so many scenes baffle. Besides, like I was saying earlier, I do not feel the need to understand all that is going on on a purely Cartesian level, it is a film whose ideas have to be felt rather than explained. But  every time, you soon feel yourself being embarked on a lucid dream where feelings of time and space cease to exist, completely losing yourself to its very own logic. And the film always feels much shorter than its three hours running time.

As always with David Lynch, so many scenes intrigue, frighten and sear themselves into your brain: the dancing, singing hookers, the Polish flashbacks (or are they flashabacks?), the Rabbit family, the scary neighbour played by another Lynch's icon, Grace Zabriskie, the homeless couple on Hollywood Boulevard, Julia Ormond, particularly terrifying in an inspired turn... INLAND EMPIRE often feels like the flipside of Muholland Drive, a less obvious but equally enigmatic and nightmarish vision of Hollywood. 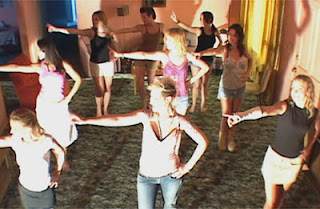 Laura Dern, long term muse of the director and present in nearly every shot, is sensational. She completely gets what the director expects of her, and her nightmarish descent, as she goes through various realms of reality (Is she dreaming? Is she in a film within a film within a film? Has she inhabited her character so well that she has lost grip on her real self?), is an acting masterclass, seldom have a director and his actress developed such a symbiotic relationship. It has to be said that no other modern director can film a woman the way David Lynch can, in all their complexities, glamour, mystery...

So if you have never seen it, loose yourself into INLAND EMPIRE and reality will never quite be the same... I have enclosed the Italian trailer below, as it is the best by far!

And that is it, we have reached the end of our interblogs film challenge! It has been epic, intense, full of surprises... Martyn Conterio at Cinemart picked The Sorcerer as his number 2, and Blade Runner as his number 1.

When I say finished, we are not completely done actually. I shall published a "reserve" list in the next few days, of the films that I did consider for this list but did not make the final cut. In the meantime, I would love it if other readers/bloggers would come up with their own top list, maybe not 20 but at least top 5 or top 10!