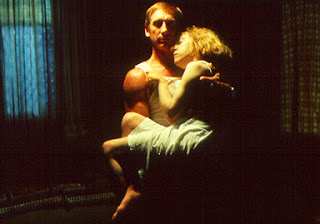 Watching films at film festivals is like augmented reality. No popcorn smells, no lager louts, instead, a crowd of vibrant, passionate people and the chance to live some great experiences that do not involve thirty minutes of adverts. As I was having a twitter conversation about maverick Australian director Rolf De Heer last night, a precious memory from one of his films I saw in Cannes came back to me. And some investigative work on IMDB revealed a sad fact.


Rolf De Heer's cinema is one of extremes. Not that his films are violent, or extreme in the conventional ways, but they are just tough to watch, because of the subjects he tackles and his head-on approach. In 1996, I saw The Quiet Room by him, a film which solely consisted of shots of a young girl who refused to speak, with her internal monologue read out as a voice-over. Two years later in 1998, I saw Dance Me To My Song.

This film, which had been co-written by and starred Heather Rose, was about a cerebral palsy sufferer, her battle to maintain her dignity and her relationship with her less than caring carer. The thing is, the actress was actually afflicted by the condition in real life and was wheelchair bound, with very limited physical abilities which meant she was almost entirely reliant on carers. Dance Me To My Song was a tough watch, the action nearly only confined within her house and not shying away from some of the less salubrious aspects of living with such a condition. But it was not without its humour either, and while avoiding any kind of sentimentalism, got more and more heart-warming as it went along, with a sweet ending that drew cheers and applauds from the audience.

The film was also a lot more subtle than it first appeared, and despite the almost cruel treatment in the hands of her carer, there was a complicated relationship between the two, with the character of Heather Rose somehow acknowledging a troubled soul with her own set of problems in her tormentor. 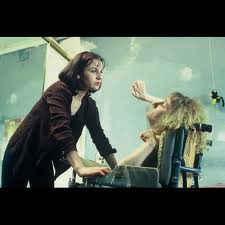 The film was part of the official selection in Cannes that year, and had been given a single, 4pm screening slot, which is usually reserved to smaller films with unknown actors, and which I attended. It did however get the red carpet treatment as do all films of the selections for the official screening with cast and crew. And Heather Rose was attending. Being wheelchair bound, she was taken up the famous stairs of the Grand Palais on the red carpet in her chair, by a bunch of heavies. The film received a standing ovation and as her minders carried her out, I remember seeing a crowd of well wishers from the audience gathering along the path to congratulate her, which I joined. Outside the Grand Palais, a huge crowd was waiting for the glitzy, 7pm screening of another film which I cannot remember, and for the stars to arrive. I then saw her being taken down the stairs again, finding herself in the spotlight in the second most covered event in the world, and I cannot imagine what it must have felt like!

I checked her on IMDB last night and found out she died four years after her visit to Cannes, aged 36, presumably due to complications from her condition. And while physically restricted, this did not mean she did not have her full mental faculties so it would be patronising to be surprised that she managed to co-write a script. Nevertheless, I do hope that the experience of a ritzy premiere and an adoring audience in the biggest film festivals in the world remained a cherished memory for her, in a life that cannot have been easy. A documentary was actually made of her visit to Cannes, although I suspect it is impossible to find on any format. 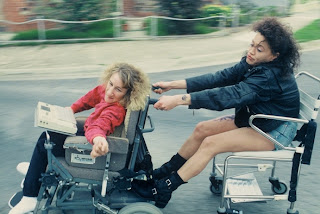 The actress was incredibly moving in the part, and in a festival where it is not unusual to watch four, five films back to back every day, this memory has remained with me all these years later when so many films get forgotten within a day.

Dance Me To My Song is not available in the UK on DVD, and having seen it fourteen years ago I could not possibly write a review, but I did find one published by The Hollywood Reporter. There is a link on IMDB although the link does not actually work anymore, although you can read the full review from within the IMDB site: http://www.imdb.com/name/nm0741421/news#ni0185259

And I just want to use this post to say a belated farewell to Heather Rose. As small as her contribution to the world of cinema has been, she did touch those who saw her film.
at 15:25