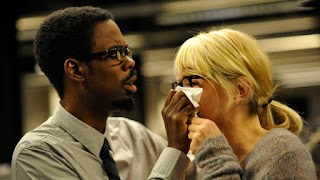 So on to the second part of Sundance London. The festival actually only featured 14 films, out of which I saw 4, which is not a bad strike rate considering. The next film I saw was, aherm, an interesting experience. And the last one, a tough documentary about the war on drugs was exactly was you would want to wake up to watch early on a Sunday morning, if you had decided to kill yourself.


So first off, Two Days In New York. I have always been a fan of Julie Delpy, not just as an actress but as a person. Starting off young among countless of other French female "comedians" in the 80's, her career in France hit the stumbling block for a couple of reasons. First of all, she was branded a "chieuse", basically meaning she had the audacity to speak her mind, in what was and remains an extremely chauvinistic industry within a very conservative country. And then she dared to speak out against the Beckham of 80's French cinema, Leos Carax and Juliette Binoche. But being blacklisted did not stop her career.

Rather, she moved to Hollywood, and through some sheer hard work and perseverance, carved out a nice niche to herself, finding her place in the independent American cinema as an actress/scriptwriter/director, with her turn in the cult classic Before Sunrise/Before Sunset (the latter nabbing her a scriptwriting Oscar nomination) being a highlight.

After Two Days In Paris a few years ago which I sadly missed, she is back in front of and behind the camera in Two Days In New York, which is out in a fortnight in the UK. The action has shifted to New York (as you might have guessed) and her character Marion is about to introduce her "quirky" visiting family to new boy-friend Mingus.

It is possible that I missed the point entirely about this film. But I was absolutely appalled by what I saw, and very early on. Scenes with her family presented some of the worst stereotypes about the French. Her father (played by her real life father!) is a smelly, bath-shy troglodyte who smells of sausage and run around bollocks naked in a Thai massage parlour with much glee. Her demented sister thinks nothing of parading naked in the house in full view of her sister's boy-friend. And her sister's boy-friend is the kind of low-life person I remember seeing in cafes in the 80's in France doing not much except play table football, smoke Gitanes and do sweet nothing of their life. Julie Delpy herself is going for the Annie Hall funny, quirky and neurotic angle for her own character but it is only mildly convincing.

Perhaps, having lived away from France so long, that was what Julie Delpy's point was all about, make fun of some of the least appealing characteristics of the people she left behind in her native country. And to back this up, boy-friend Mingus (played with a very straight face by Chris Rock), does not seem amused by what he is seeing at all, far from it! But that does not excuse the fact that the film is actually not very funny at all.

And then something interesting happened during the screening. At first, there were a tiny bit of French dialogue, which was not subtitled in English. However, larger chunks of French dialogues came up, and still, no subtitles. We actually all assumed it was a bold artistic statement, until the film stopped and a Sundance rep came up on stage to explain the subtitles were actually missing and the performance had to be cancelled! So I basically saw about thirty minutes of the film, not quite enough to judge it fairly.

I have the utmost respect for Miss Delpy, and intend to catch up with Two Days In Paris and possibly give this one another chance in the near future, but I am in no rush to be seeing it in full when it is out in the UK on the 18th of May.


The last film I saw was The House I Live In, by Eugene Jarecki, a documentary about the war on drugs in the USA. You might think there is nothing really new to learn on the subject, yet this documentary had quite a lot of intriguing facts and several interesting people being interviewed. 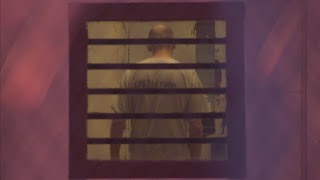 Now I do have a problem with the modern school of American documentary that feels the need to jazz things up with funky graphs, "funny" music and worse, putting the director on the spotlight as pretty much the main subject of the documentary. Yes I am talking to you Morgan Spurlock and Michael Moore. Call me old fashioned but I want my documentaries to be as austere as possible and let its subject does the talking. And thankfully this one largely ignored all of the most tempting artifices, even if the director did feel the need to introduce a family friend to back up some of the ravages caused by drugs.

The film kind of confirmed what most people have always suspected, that drugs have been somehow used as a scapegoat to tackle America's immigrant population, not just with black people in the 70's, but also the Chinese before them, when their work ethics and hard work put them in direct competition with the locals. While it would be madness to suggest hat successive governments have actively used drugs as a way of controlling ethnic minorities, it is not too much of a stretch to suggest that they have been the subject of a lot of political opportunism.

And troubling is the disparity of legislation and conviction between the users of "rich" drugs such as cocaine, and "poor" drugs such as crack cocaine. Despite the similarities between those two drugs, the sale or even use of either means some wildly different sentences, which judges across the country are powerless to deviate from.

Interestingly, it seems that America is now turning on not yet another ethnic minorities but its poorer inhabitants, with crystal meth, yet another "poor" drug, becoming the cause of some incredibly harsh prison sentences. And you just have to watch Winter's bone to see that damages that it has done in the poorest parts of America.

The film stops short of suggesting that legislation is the key, it is simply stating that harsh prison sentences and a hardline stance have done absolutely nothing to stop the problem, yet has costed a staggering amount of money to the tax payer. I just wish the director had opened up its scope a little and compared it with the situation with even stricter countries such as Thailand, or more lenient such as the Netherland.

The director came on stage and was actually quite happy to give his opinion on which way drugs should be handled: in the same way as alcohol, licensed, taxed, and not offered to minors. This sound sensible enough until you realise the damages that alcohol has done to societies, licensed or not!

And that was it for me, a short sample of the first Sundance London. a rather low key festival but which offered a great, passionate atmosphere and a neat slice of American independent cinema.
at 22:20