Spotlight On The Director's Fortnight - Cannes 2012 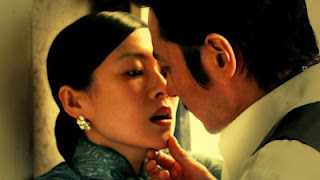 The Cannes Film Festival is not all about the official selection, even though it will get most of the attention, with the bigger films and bigger names. There is also the "Un Certain Regard" section and then there is the Director's Fortnight which is completely separate from the actual festival even though it is taking place at the exact same time, but is not to be sniffed at. Indeed it has featured such directors as Coppola and Andre Techine in the past, and is opening with Michel Gondry's new film this year. With the modest accreditation level I have received, access to the official selection will be very difficult so I shall concentrate on the Director's Fortnight, and I have put the spotlight on a few promising titles this year. Look out for my proper coverage starting this Sunday once I get to Cannes. 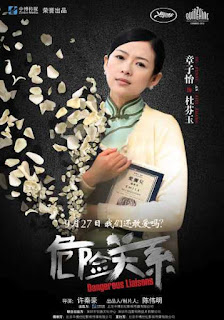 The Choderlos de Laclos's French novel of passions, betrayals and intrigues is a literary masterpiece and you could argue that the Stephen Frears 1988 version with Glenn Close and John Malkovitch is the definitive adaptation (especially when compared to the dreadful "Valmont" by Milos Forman which came a year later. There has actually already been a South Korean adaptation in 2003 called Untold Scandal, which was not all that convincing. This new film, while helmed by a South Korean director, is actually set in Shanghai, benefits from a large budget and stars Ziyi Zhang, so if anything, it will look gorgeous! 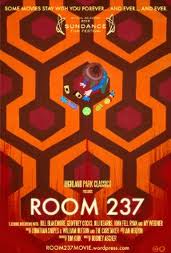 It does not get any more intriguing than this: this documentary is about the shoot of Shining. Only it is what I thought originally, it turns out this about the numerous theories about what the film is about. And I do not like the sound of this one bit. The Shining is one of my top horror films (alongside The Thing) and it works brilliantly without the need to over-analyse it. In fact, I find the need to over-analyse pop-culture exasperating. A film does not need to go through that prism to be deemed worthy. But I shall keep an open mind and give this one a chance. Plus the film actually got some great reviews at Sundance, and the idea of a mixture of animation and reenactment of some scenes is exciting enough. 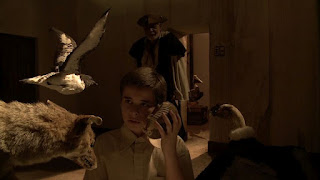 The venerable Chilean direcot might has passed away but The Mysteries Of Lisbon was not actually his last film. Ever so prolific, he had already made two more films,, so this is not even his last film. The subject could not be more Ruiz however: a man approaching death relives scenes of his childhood in a dream city. I cannot wait!

This is actually a short film of 13 minutes. Quentin Dupieux is famous for creating the video for Flat Beat for Mr Oizo, with the fluffy yellow puppet we all wanted to own at the time. He since made a few feature films, including Rubber about a murderous, psychic tyre. Yes you have ready this right. I am actually confused about his Wrong Cops project, as he also has a feature length film called Wrong coming out. Whether this is actually part of the longer film or a different thing altogether is unclear from what I have read. All I know is that Wrong Cops is about cop who, upon meeting a young, geeky techno fan (Marilyn Manson!), takes it upon himself to educate him. The great Roxane Mesquida (seen in Breillat and Araki) is also in this. The teaser is absolutely brilliant. 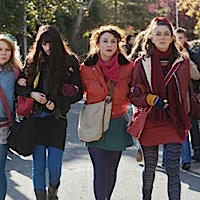 French director/actress Noemie Lvovsky is not all that well known outside France but she has crafted an interesting career over the last twenty years or so. In here, she plays a middle aged woman who travels back in time and relive her sixteen years all over again (with Noemie Lvovsky playing the lead both at 45 and 16), being given the opportunity to change the course of her life and not make the same errors twice. This sounds like a French, arthouse Peggy Sue Got Married and is all the more interesting for it.