Thor on collision course with Fast 5? 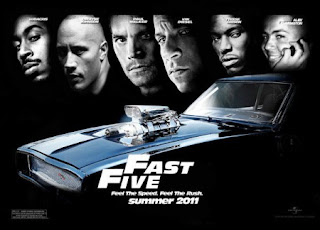 Some news have emerged from Australia which are going to make every Disney/Marvel executives very nervous. Thor has just opened head to head with Fast 5 down under, and the winning film is not the anybody was expecting. Day 2 of Fast 5 brought in 38% more business than Thor (which opened a day later). It is even more damning if you take into account that Thor had the 3D premium prices to help.

Obviously it is too early a sign to make any accurate prediction but it is certainly worrying. Was the fast car/loose women franchise underestimated? After suffering from franchise fatigue with a misguided relocation to Tokyo for the threequel that did not have any of the original cast on board, Fast & Furious (aka The fast the furious 4) roared back into form by bringing back everybody and going back to the basics. 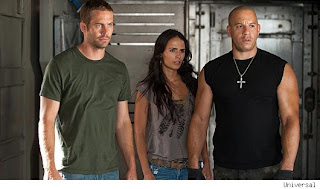 And it ain't broke, don't fix it, same again with the fourquel only a year later, this time set in Rio AND with added Rock (or Dwayne Johnson as he is now known. I have to admit, watching the trailer on a big screen at the movies the other day almost made me want to see it. It's fast, it's silly, it's predictable, yet you know what you are going to get, two hours of mindless fun, nothing less but nothing more.

Thor on the other hand was always going to be a tough sell. Based on a less familiar comics characters (for the general public anyway), that has always had a slightly campy image, it was always going to have to work harder to gain its audience. After the first pictures were released and the first trailer, it was obvious that Kenneth Brannagh had done a brilliant job in bringing its universe to the big screen, as made Thor a credible action hero.
But my problem with that same trailer is that first of all it is not all that exciting, simple as that. Plus it does present Thor as a rather arrogant lead. I know the story of the movie is about him learning to be humble but still, I cannot really see him as a character the audience can identify or even emphasise with based on that trailer.
Fast 5 opens next week end in the US, and Thor the week end after, avoiding a heads on collision at the box office. Still, if the patterns continues in other markets b.o., this could damage Thor's reputation and chances in the U.S. before it even opens! I bet the studio will be pulling all the stops in the next fortnight with a marketing onslaught to save their $150 millions baby!