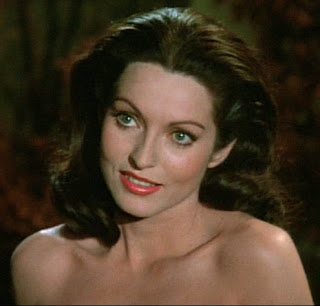 The French actress Marie-France Pisier has sadly passed away last night, she was 67. Her name might not mean much to a worldwide audience, and certainly not as much as the better known French sirens of her generation, Catherine Deneuve, Isabelle Adjani and Isabelle Huppert. Yet she had carved herself a very interesting career that matched her rather unique and endearing personality.
She started off at 17 for Francois Truffaut in Antoine & Colette. And the first part of her career will see her act for such luminaries as Bunuel, Rivette and Truffaut yet again. It is the the second half of the 70's that her career really took off, largely thanks to a young and emerging director, Andre Techine, who directed her in Souvenirs d'en France, Barocco and Les soeurs Bronte (a shoot infamous in the history of French cinema for the ongoing on set fights between the three actresses: Isabelle Adjani, Isabelle Huppert and Pisier).
After flirting with mainstream comedy with L'as des as, with Jean-Paul Belmondo, one of the biggest box office success of 1983 in France, her career slowed down a little. She took on directing, adapting her own autobiographical novel "Le bal du gouverneur" featuring a young Kristin Scott-Thomas. And then she had a bit of a revival, with a young generation of directors who grew up watching films from the Nouvelle Vague chose to use her unique talent in such films as Marion, Pourquoi pas nous? and especially Dans Paris by Christopher Honore. And let's not forget her great supporting role in Raul Ruiz' Time regained.
I remember being rather fascinated by her when I was very young. What I really liked about her was the contrast of a slightly distant, bourgeois looking woman, alongside a more playful and world-weary side to her. I shall remember her as a classy and witty woman, who could have easily come across as an ice queen if it wasn't for her sense of humour and charm. She might not have always received the parts she deserved, yet she never failed to make an impression on those who saw her on film. She will be fondly remembered. For all fans of French cinema, it is well worth revisiting her career.
at 23:15