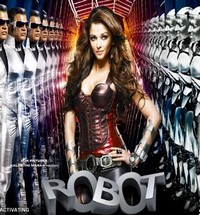 I have stumbled across the trailer for the unimaginatively named Robot, a Bollywood rip off (I mean, tribute) to Iron Man and this is just hilarious! The whole thing has got a very 90's dance video vibe to it, and being a Bollywood movie, obviously the cast breaks into songs and dance. Which is not a bad thing, I mean, surely, the snooze fest that was Iron Man 2 would have benefitted from a few musical numbers (Robert Downey Junior breaking into a breakdance? Gwyneth Paltrow as the frigid Pepper Potts showing off her hidden Country singing talents? 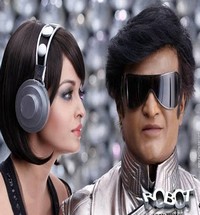 Robot certainly seems to have a lot more action than Iron Man, and some of its more deranged scenes reminded me of Tetsuo, the insane Japanese industrial man/machine horror fusion. Robot is the most expensive Bollywood film ever, stars the lovely Aishwarya Rai, and will be released in the UK on the 30th of September this year.