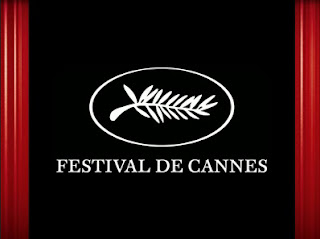 The Cannes Film Festival is sometimes criticized for inviting the same directors over and over, and failing to unleash any new talent (in the official selection anyway). While this is not entirely wrong, the fact is there are not that many real "auteurs" working in cinema nowadays. And with 20 to 22 slots to fill, which will find themselves under intense media scrutiny, it is no wonder that the festival often relies on its old favourites. And unsurprisingly, there are a few of them this year:

Lars Von Trier with Melancholia
I have to say I do find the Danish director willingness to shock a little puerile sometimes, coming across as a 5 year old spewing swear words with much glee. And I still find one of his earlier film, Europa (1991) to be his best. Saying that you can never accuse him of being boring. And I'll never forget the screening of The idiots in Cannes in 1998, and the glacial silence the followed the impromptu and very graphic orgy... His previous work, Antichrist, provoked the biggest stir on the Croisette to years ago with its graphic scene of self mutilation.

And now he is back with Melancholia, which was originally billed as a sci-fi film. I was actually expected full on sci-fi with spaceships, aliens, ray-guns... But the trailer dashed my hopes, the sci-fi element merely referring to the end of the world. The story centers on the relationship of two sisters as a planet is about to collide with earth. An intriguing cast (Kirsten Dunst, replacing Penelope Cruz originally cast, Kiefer Sutherland, and returning Charlotte Gainsbourg from his previous film), an intriguing cast, and an intriguing trailer... It surely won't be dull!

Pedro Almodovar with The skin that I live in
Poor Pedro Almodovar has yet to receive the Palme d'Or he is so deserving of. His next attempt will be with a radical departure from his usual style, a rather darker story adapted from a French novel called Mygale, about a plastic surgeon on the hunt for the man who raped his daughter. The Spanish director has done "dark" before with Live Flesh (1997) but nothing quite like what this promises. It will be make or break for sure! Whatever happens, it is a real pleasure to see him work with past muse Antonio Banderas, and old time favourite Marisa Paredes.
And then among the rest of the selection: The brothers Dardenne, to whom the Palme d'or is a bit like the Oscar to Hilary Swank: a deserving prize, but as two times winner, might have given a slightly overinflated value to their work, as much as I enjoy their films. Also expected, old favourites Aki Kaurismaki, Naomi Kawase, Nuri Bilge Ceylan and Nanni Moretti.
at 22:48