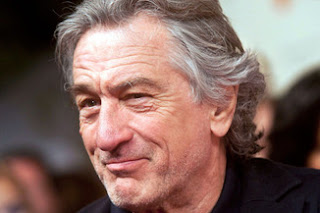 We have known for quite some time that Robert de Niro was going to be president of the jury at the Cannes Film Festival this year. And today the full jury has been revealed as below. As usual, it will be an eclectic mix of glamour, Hollywood, and lesser known figures of the industry.
It is a little known fact that it was under pressure from French actress Isabelle Adjani, president of the Jury in 1997, that the festival shunned critics and exclusively asked "artists" within the cinema business to be members of the jury. It has made for a rather more glamorous jury, but also certainly more unexpected results, as artists would tend to vote more with their heart, rather than with a more cerebral and critical approach to cinema. There seem to be a sight exception this year with Linn Ullmann, critic, but also writer so the rules have somehow been respected.
Let's just hope for a more harmonious jury than two years ago when president Isabelle Huppert managed to antagonise everybody and basically imposed all of her choices!
The jury in full:
Martina GUSMAN (actress and producer, Argentina)Nansun SHI (producer, China)Uma THURMAN (actress, script writer, producer, USA)Linn ULLMANN (critic and writer, Norway)Olivier ASSAYAS (director, France)Jude LAW (actor, UK)Mahamat Saleh HAROUN (director, Tchad)Johnnie TO (director, producer, China/Hong-Kong)
at 22:55