Isabelle Huppert about to received a Fellowship by the BFI

The British Film Institute has bestowed a fellowship upon French actress Isabelle Huppert, and to mark the event, there will be a screening of one of her most recent film, Copacabana, followed by an in depth, two hours long interview and discussion about her career, on the 7th of May at the NFT in London. For all fans of her in particular or just French cinema in general, there are still a few tickets left on the BFI website.


Isabelle Huppert might not be quite as well known outside France as others stars from her generation, Catherine Deneuve, Isabelle Adjani and Juliette Binoche. But in fact, even her own native France, it took some time for her profile to be raised. Not that her talent was not recognised, it is just that her perceived shyness and coldness (two sides of the same coin usually!) meant the general audience took some time to truly warm to her, despite a constant career. 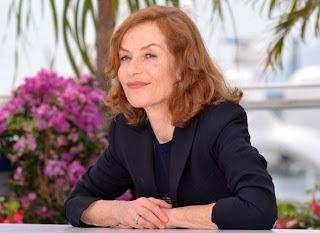 She just seems to have grown in confidence over the years, and the advantage of never being too big a star meant less pressure on her to deliver a hit every time (unlike somebody like Isabelle Adjani, uberstar in France in the 80's but whose career faded away from the mid 90's). A Claude Chabrol regular, who gave her some of her best roles, she has indeed become a little more adventurous of late, playing a supporting part of madcap US comedy I heart Huckabees (2004), or a seriously deranged and disturbing character with new favourite accomplice Michael Haneke in The piano teacher (2001), for which she won the best actress prize in Cannes.

Speaking of Cannes, it has to be said that she gained the reputation of being one of the least popular presidents of the jury in 2009 ever in the history of the festival, having created a rift with fellow members Asia Argento and American director James Gray, when she made it very clear that Michael Haneke was going to win the Palme d'or with The white ribbon no matter what. She also very famously fell out with Quentin Tarantino who had considered her for a part in Inglorious basterds (a part taken on by Maggie Cheung and completely edited out in the final cut!) before changing his mind because of her diva-ish behaviour.

The film shown at the NFT, Copacabana, is another departure from her usual roles. She plays the comedic part of a carefree and eccentric woman, who attempts to gain the respect of her daugher who is too ashamed of her to invite her at her wedding, by finally holding on to a job as a time share seller in Oostende (Belgium). The trailer looks rather amusing. I have booked my tickets for this join event so I shall be reporting next week!