A few weeks ago, a group of British bloggers got together to create the British Film Bloggers Circle. Having launched our film awards, we are now taking a month to launch our circle properly with plenty of exciting ideas for screenings, blogathons, events etc... I just thought it was high time I introduce the members. In no particular order and with them having written as much or as little as they wish, here they are, or part 1 anyway. Remaining founding members will be added in part 2, watch this space. At the age of 14, a girl lent me Godard’s Breathless and Wong Kar-Wai’s Chungking Express. I fell in love. Not with the girl, obviously, but with cinema itself. Now, at 24, I’m into all sorts. Favourites include Ozu, Jarmusch, Antonioni and Wenders. I’m also particularly fond of Diner and Adventures in Babysitting. When I’m not watching films, I’m working in the programming department at Cinémoi TV. 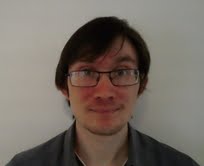 Sam Inglis has been writing about cinema online for almost 13 years.  Currently, Sam is a film critic and podcaster editing 24 Frames Per Second, presenting The Picture Show and contributing to other sites including horrormovies.ca Front Row Reviews, Cinemart Online and The New Journalist.

Sam's favourite films include Badlands, Fucking Amal, The Princess Bride and Martyrs.  Yes, really.  He'll watch anything with Jennifer Jason Leigh in it but is allergic to Julia Roberts.  Other than movies his interests include a good album, a good meal and a good argument.  He hates writing about himself in the third person. 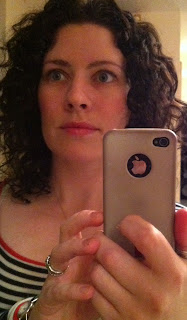 Such is her love of seeing films where they were made to be seen, the Cinema, Mairéad Roche decided to not turn to the loan sharks to keep paying for her love of cinema. Instead she currently offers her writing efforts as a Reviewer for Cinemart and New Empress as a means to keep up with her film needs. Her Two Film Friday project has developed into A Film a Day for a Year via Twitter. Superhero Powers include; Audio abilities, remarkable levels of strength, the ability to type really quickly and being Irish, which as everyone knows is a superpower in and of itself.

Neil Mitchell is a writer and editor based in Brighton, East Sussex. He edited the London and Melbourne volumes of the World Film Locations series for Intellect Books and co-edited the Britain edition of the Directory of World Cinema series, also for Intellect Books. He is currently working on a monograph on Brian De Palma's Carrie for Auteur Publishing. 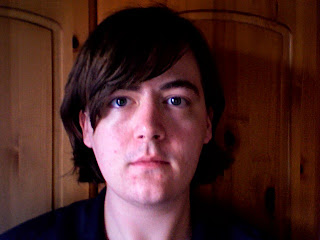 Realising that there's precious little else an A-Level in Film Studies can do for you, I decided to enter the world of film criticism in May 2009, shortly after leaving (well, escaping) college. E-Film Blog was my first venture, and it's the site I still blog from now, although my writerly palette has expanded over the last three years. I now write various filmic jargon for Media Magazine, New Empress Magazine and Flickfeast, covering films new and old, so here's hoping that A-Level hasn't gone completely to waste!

MaryAnn Johanson is writer and ponderer from New York City now living in London who loves movies but hates what Hollywood sometimes does to them. A pioneering online film critic, she founded FlickFilosopher.com in 1997; the site is now one of the longest-running, most popular, and most respected independent film sites on the Net. She is a Tomatometer critic at Rotten Tomatoes, a featured critic at Movie Review Intelligence, and a top critic at Movie Review Query Engine and the Internet Movie Database. Johanson is the only major film critic who is a member of The International Academy of Digital Arts and Sciences (the Webby organization), an invitation-only, 1000-member body of leading Web experts, business figures, luminaries, visionaries and creative celebrities. 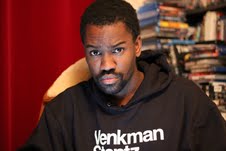 I'm Leslie Pitt, but usually write by my middle name Byron, just because. I started writing reviews when I was at college for a website, that was seen by nobody. I created my blog site "Afrofilmviewer"for no particular reason, after I finished my film studies/Video Production B.A. I occasionally write for Cinemart and Geek Planet Online. I also co-host the podcast Cinematic Dramatic. My favourite movie is House Party.

I have a few links of my writing. www.afrofilmviewer.com, http://www.geekplanetonline.com/index.php?option=com_k2&view=item&id=1254:thefilmpittmyfavemovie&Itemid=84 on my fave film, http://www.geekplanetonline.com/index.php?option=com_k2&view=item&id=1820:the-film-pitt-angry-at-amalgamation&Itemid=84, on Lakeview Terrace and https://www.facebook.com/CinematicDramatic could do with a few more hits if you have the space! 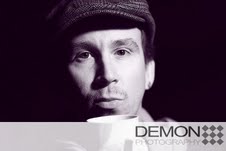 Alan writes for Cinemart and goes by @v_for_vienetta on the twitter. He particularly enjoys horror, anime and the works of Jason Statham and Danny Trejo. His favourite film is Amélie. 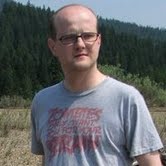 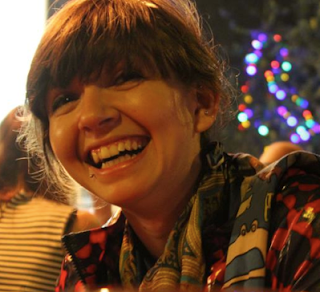 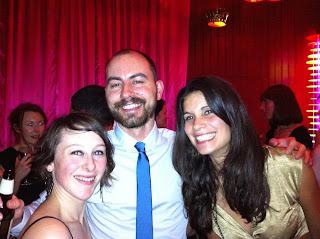 My passion for film took a decisive step when, at 17, I decided that bunking school for a week to go to the Cannes Film Festival instead was the right thing to do. It earned me a week suspension (the irony), the chance to meet Pedro Almodovar, and the conclusion that cinema matters more than anything else. My tastes are as wide-ranging as it can get, from obscure arthouse to blockbusters, from Bela Tarr to Barb Wire, with a penchant for the weird, the bad, the alternative, anything that is not The King's Speech and War Horse basically. My favourite directors are David Lynch, Pedro Almodovar and Eric Rohmer, and I love any 80's film with lot of neon and an electro soundtrack. I write my own blog, FilmLand Empire and I have written a few pieces for Director's Notes, Cinemart and Mostly Film.

Ashley is a freelance film and culture journalist who runs the independent cinema blog Permanent Plastic Helmet (which takes its name from a line in Spike Lee's Do The Right Thing), and contributes regularly to Little White Lies. He's also an occasional contributor to The Guardian, Clothes On Film, Cinemart and anyone kindly enough to have him.
When he's not film-watching, blogging or clogging up Twitter with inane aphorisms, he can be usually be found either administrating the arts, decoding the lyrics of Steely Dan records for pleasure, or lurking outside Bodean's debating whether or not to go in.
He enjoys the films of Spike Lee, Michael Haneke, Paul Thomas Anderson, Walter Hill, Charles Burnett and Wim Wenders. He also has a mortal fear of writing about himself in the third person, so will probably wrap it up there. 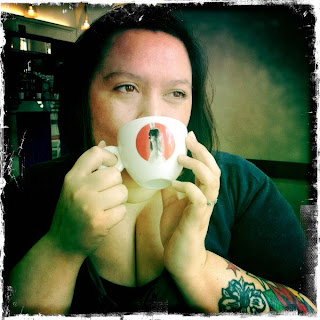 My specialist subjects are science fiction, b-movies, cult, horror and exploitation flicks. My love fo film began at home (at a tender age) viewing VHS copies of movies I really shouldn’t have been watching. My thirst for film was unquenchable so I started working at Blockbuster Video and the local Odeon cinema where I found some dear friends (real and reel). I finally fell head over heels at the Toronto Film Festival in 2003 and my obsession began. Gems such as Valentin, Gozu, Zatoichi, Chokher Bali and Festival Express all showing side by side gave me the film festival fever and I now attend most years. After a visit to Toronto Film Festival in 2009 I started to think about all the films I saw that never got distribution in the UK. I thought it was a shame these films were being overlooked so started my own film blog.

I love Highlander and own it on every format available.


The cinema was the first thing that ever truly caught my imagination and is, despite the thousands of films I've watched, still constantly surprising and entertaining me. If there is a love of your life, then cinema was my first. In my view the greatest film ever made is 2001: A Space Odyssey and I'm taking it with me to my desert island.

If anyone is interested in my views I'm a contributor to Little White Lies and Cinemart and have a blog where all my reviews and interviews are available: