The "I'm Not Watching The Prometheus Trailer" Challenge 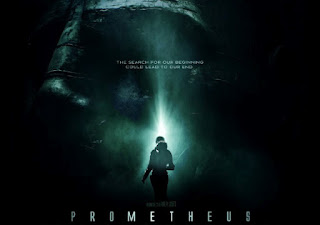 Unless you have lived under a rock for the last year or so, you will know by now that Ridley Scott has decided to make a good film again, after a 21 years break. He got really excited seeing Noomi Rapace in The Girl With The Dragon Tattoo, got excited about 3D, and has made a prequel of some sort to his masterpiece, Alien. Prometheus indeed, is quite possibly the film I have been anticipating the most for as long as I can remember. A couples of appetising teasers got me foaming at the mouth and it promises to be a mix of cerebral yet visceral space horror, the sort that very few have managed to pull off. And the scale is much, much bigger than its original source material. (Please do not mention Sunshine or I'll laugh. Then stop laughing and look at you with utter contempt). Yet, I have decided to resist the urge and not to watch the full trailer that has just been released.


Trailers present studios with a predicament. Show too much and you risk ruining all the surprises for the audience. Show too little and you will just not get them excited enough, and since films now live and die by their opening week-end at the box office, it is obvious that the former is the option of choice. It has almost become a laughable situation where films will have their whole storyline, including the twist at the end, all in the trailer. One of the most infamous examples of the last decade or so was What Lies Beneath, with Michelle Pfeiffer and Harrison Ford, which shows that, indeed, SPOILER, Harrison Ford was the baddie, something that only comes out in the last ten minutes or so. But who cares, the trailer got the audience excited and the film crossed the $100M mark at the box office.

It almost seems as if the film watching experience is now not just about discovering a film, but a months long process that starts off with the first stills, first teaser, first proper trailer, second trailer, until you actually see the film and find out if it matches all the expectations that the promotional materials brought up, even though you have pretty much made a good idea of what the film is going to be for yourself already. 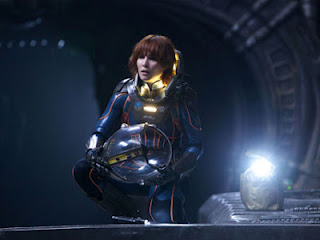 So back to Prometheus. For months we have been teased as to whether the film was a direct prequel of Alien or not, with the director giving us some not so helpful clues that it was, only it was not. But now that a full trailer is out, pretty much everything seems to have been revealed. Except that I shall not be watching. As I have set myself the challenge not to watch any more of it until its June release. (Or Cannes showing, which I think is a distinct possibility). Just try to imagine the joy of discovering a film without having all of its surprises spoiled for you. How many times have you watch a big blockbuster, feeling frustrated since "all the best bits were in the trailer". 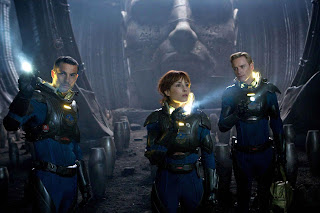 I do not have to look very far, only a few weeks ago, as I was watching the wonderful The Cabin In The Woods, I was reflecting on how I wished I had gone into the screening as a complete virgin, having seen its completely spoilerific trailer. For the feedback I have heard since, the new Prometheus trailer is indeed very spoilerific. So no matter how much I twitch, beg, I shall not allow myself the weakness to watch it. Should it be shown at a cinema, I will shut my eyes, stick my fingers in my ears and go lalalala. (A sight to be hold). We are only in March, so about 3 more months to wait, going completely trailer cold turkey. I might need some digital methadone to keep me going. I might scream, stomp the floor, run around screaming in the tube like Isabelle Adjani in Possession, but I WILL resist the urge, and be a near Prometheus virgin, as pristine as John Hurt's innards before the face-hugger attack.

And based on the teasers I saw,  I have dreamed up what the synopsis might be. It could be completely proven wrong by the full on trailer and in the odd choice I get a few things right, then best not to read it at all. But this is what I think will happen:

A big, evil corporation, led by Guy Pearce's character as seen in the viral marketing, sends a crew to a far corner of the universe to investigate some findings. For what I understand, something or somebody has detected what seems to be the origin of life, probably the seeds of the human race. Given that the dead space Jockey seen in Alien is involved, I assume these are a vastly advanced civilisation who created, or least spread the seeds of life. The human crew, led by Charlize Theron who plays "the suit", so, an evil character, attempts to steal the technology for nefarious purposes, as in create a race of slaves, or cheap labour/soldiers. But, as per the hint given by the name Prometheus, they get burned by a technology they cannot grasp and create some hybrid monsters instead, one of them providing the DNA of what is to become the xenomorph from the Alien trilogy. I doubt anybody make it back to Earth. 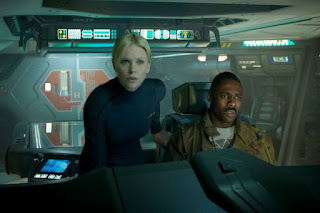 So I could be right or completely wrong, but I shall not know until June! And now I would not be perverse enough to enclose the new trailer so I shall put the old trailer back.