Blast From The Past: Black Widow 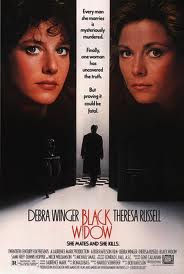 What is it that shapes your artistic sensibility when you are young? What draws you to certain works of art, films, books etc... at an age when you are free from any influence? I was just wondering this as I was watching Bob Rafelson's Black Widow, an 80's thriller which really caught my attention as a child and which I watched over and over again at the time. Of course it is by no mean a classic, and this was not a revelation in the way films by David Lynch and David Cronenberg were. Still, I was curious to watch it again to see how it held up.


In it, Theresa Russell is Catharine Peterson aka the black widow. She seduces, marries then despatches men, vanishing without a trace while changing her appearance (that was the 80's. Before the age of Google's new "privacy" policy). On her trail, Alex Barnes, a frumpy federal agent played by Debra Winger, who is her complete opposite and quickly becomes obsessed by the case, taking more than just a professional interest in it, fascinated as she becomes by her.

The film starts off as a fairly average, glossy thriller. But it really comes to its own on its second half, with Alex having followed Catharine to Hawaii where she has found a new target, as the film becomes  a fiendish psychological chase. 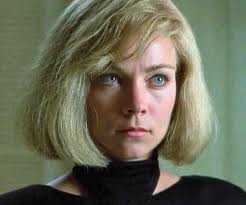 And there are two elements that really sets it apart. First of all, the black widow herself, Theresa Russell, an actress that truly deserved a better career after her complex and multi-layered performance (and the scariest, deadliest 80's red shoulder pad ever to brace our screens). The script never tries to explain her motivations and we are mercifully spared any cheap psychological explanations. We understand early on that she clearly does not need the money anymore. Nor is she some kind of exterminating angel, as several scenes see her weep some genuine tears after the death of her husbands (from her own hands!).

There is a hint of psychopathic tendencies as she flies into a fit of rage when she is about to lose control of the situation. But ultimately, none of these give a clear reason as to why she kills, and carries on killing. Indeed in a striking scene, she basically explains that to understand her, you would need to live in her own world. She might not have had the same impact as the other beautiful and deadly psychopath of this era, ie Sharon Stone/Catherine Tramell in Basic Instinct, yet she plays a much more believable character and not just a mere male fantasy. 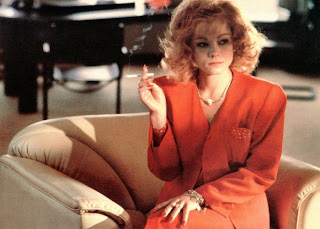 And her relationship with Alex is much more subtle than expected. She catches up quite quickly on the new identity of her new "friend" but rather than fleeing, a deadly game of cat and mouse takes place. Alex is clearly fascinated by, the world of glamour, designer clothes and high flying, whereas you expect her to spend her evenings at home in a jumpsuit with Mickey Mouse in it, and Catharine quickly sees not just a worthy opponent but a new pawn in her masterplan.

When was the last time you saw an intelligent thriller fully carried by two smart, female characters? Yes, that long ago. Black Widow is available on DVD. You should watch it. 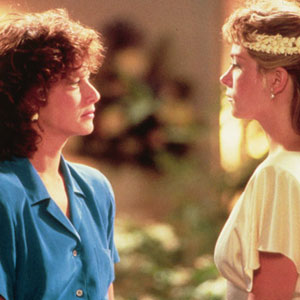