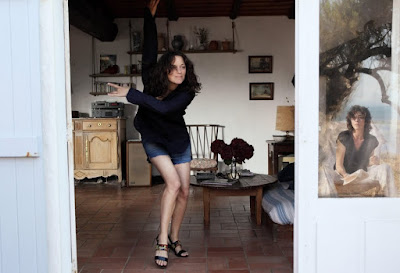 There had been much noise when Cannes regular Arnaud Desplechin was turned down for the official selection in 2015, and ended up at Director's Fortnight, by the same critics who complain that "it's always the same people", proving that Cannes can never do right in the eyes of some. The French director is back in the official selection, but not in competition, his film Ismael's Ghosts opening the festival this year.

Ismael's Ghosts is a tale of two stories, focused on both the artistic and love life of film director Ismael (Matthieu Amalric). His first wife Carlotta (Marion Cotillard) disappeared twenty years ago and is presumed dead. After years of womanising, he meets then marries Sylvia (Charlotte Gainsbourg), only for Carlotta to reappear out of nowhere. We also follow the incredibly erratic shoot of his latest film, an espionage story based on the life of his younger brother, Ivan (Louis Garrel).


Arnaud Desplechin director is an acquired taste, and I must admit I had never warmed to any of his films so far, for all their emotional histrionics. His first two films, La Vie des Morts and La Sentinelle, were totally baffling but at least had some ambition, and, Esther Kahn aside, he then moved on to a very Paris-centric 90's type of cinema filled with smug boho characters for most of his career.

Ismael's Ghosts feel like a departure for him. There is an even more free flowing quality to it compared to its previous films, but more importantly a welcome humour, where so many of his films were rather self absorbed and dour affairs, not so much pretentious as self-important. There is a lot to chew, and if it often feels like a messy work in progress, this is because of the director's ambition to brace so many stories and themes all at once. Ismael is facing some ghosts indeed, the ghosts of his family, of the love(s) of his wife, of his artistic creations... These ghosts never really truly left him, and keep bringing in chaos in his life as well as some recurring nightmares. Arnaud Desplechin himself seems to be confronting some ghosts of his own, through some subtle references to his previous films and his own cinephilia.

In the meantime, the film Ismael is shooting unfolds, a modern Kafka-esque nightmare about his brother's younger years in the French intelligence field, that offers some clues to Ismael's behaviour, a brother whose only possible connection seems to be through the medium of art. That part is, as you might expect, tonally very different to the love triangle it is spliced with, and filmed with a winning flair and the sense of urgency of an action film, with the underlying paranoia reminiscent of Depleschin's first two films. 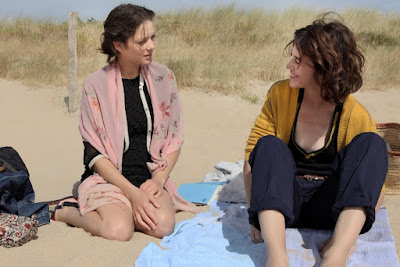 Marion Cotillard has a tricky, and flashier role, showing a repertoire that we have not seen before, brining in an underlying threat and sense of mystery (interestingly many critics seem to disagree about Carlotta's nature), with the backstory of her absence in particular sounding like it comes straight out of some pulpy novel, reinforcing the doubt over her character. Charlotte Gainsbourg has a more down to earth part (even though she is presented to us as an astrophysicist, a silly narrative hack to signify her social awkwardness, more comfortable in an observatory than with people it seems) yet she impresses all the same, a shy and reserved woman who is not afraid to flip and fight for what (or who!) she thinks is rightly hers. The interactions between the two women offer some of the best scenes of the film, filled with awkwardness, curiosity and rivalry.

Mathieu is brilliant in a part that many would be uncomfortable to write these days: the womanising, self-absorbed artist. The French actor delivers a totally unhinged yet affecting performance, while Hippolyte Girardot in a small part as a producer shows off a perfect comedic timing.

The audience might come out of the film with only a hint of what Arnaud Desplechin was actually trying to say or do, but as flawed and uneven as Ismael's Ghosts might be, it is an ambitious and welcome addition to his work.