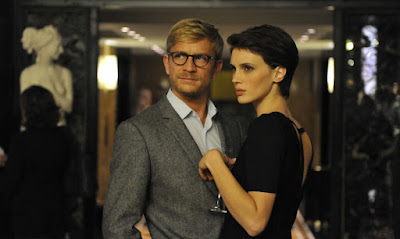 Prolific director François Ozon did not have much luck with his last Cannes outing in 2013, with Jeune & Jolie receiving a frosty reception from critics, as well as a certain controversy (and not the right kind) for the way he handled his subject. After the thrilling The New Girl Friend (2014), and the rather serious Frantz (2016), he is back on the Croisette, on competition, with L'Amant Double.

In L'Amant Double, former model Chloe (Marine Vacth) visits handsome psychatrist Paul (Jérémie Renier) after some unexplained physical symptoms. The visits quickly takes a more personal turn as the pair begins an affair. Chloe is surprised to spot Paul in parts of town he has no business being, until she realises he has a twin brother, Louis (also played by Jérémie Renier), a psychiatrist with a radically different personality, whom she begins seeing professionally and romantically.


The film's presence in Cannes is somewhat of a surprise owing to how quickly the French director managed to write, shoot and edit it on time, even by his own speedy standards. It feels as if he had wanted some light relief after his more austere previous film, and was having fun with his genre cinephile sandbox. L'Amant Double starts off beautifully, with an opening shot that had the audience gasps and laughs in equal measure, and the director teases us with a strong first act, full of mirrors (physical and narrative), red herrings, glossy interiors and beautiful people being naughty. 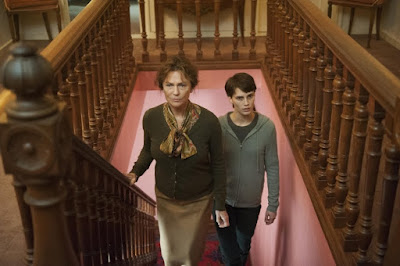 It is a shame then that for all its illustrious references, the film, while entertaining, remains actually rather timid. It does not have enough psychological depth to truly be taken seriously in that respect, but lacks the spark of madness. One can only dream what both David Cronenberg and Brian de Palma, heavily referenced, would have made of a similar premise. Sure they are several visual treats, and a dream scene lovingly lifted from Dead Ringers, but it is not quite enough.

There are a couple of odd characters, played by Jacqueline Bisset and Myriam Boyer, that add a bit of laughs to the proceedings, and the film is playful enough, in a bourgeois titillating kind of way, but frankly the naughty scenes are a bit of a letdown, with nothing shocking or out of the ordinary for modern audience, and lacking the controversial invention that Ozon was so fond of in his younger years.

A fun and enjoyable if ultimately forgettable film, which is unlikely to feature among the winning films at the end of the week.