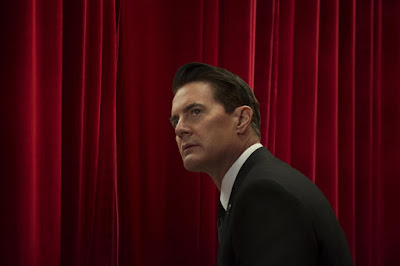 More than ten years after his latest film, Inland Empire (aka the best film of all times, which is not open for discussion), who could ever have imagined that David Lynch would make a film again. Even more surprising was that he chose to make a third season to the much beloved Twin Peaks, bringing back collaborator and co-writer Mark Frost, as well as most of the original cast, not to mention scores of famous names, as well directing the entire 18 hours!

It is hard to convey how much watching the first two episodes of Twin Peaks Season 3 in Cannes meant for me. I was lucky enough to watch Twin Peaks Fire Walk With Me in Cannes in 1992, at my very first festival, having skipped school and being expelled for a week as a result. (Totally worth it...) So as a Lynch/Twin Peaks/Cannes nut, being able to watch this at the festival all these years later was beyond my most imaginable dreams. It is all the more remarkable considering this is a TV series (although Cannes has made another exception with Top of the Lake season 2, also present this year).


The tension had been steady since the announcement, and the fear that the director might not be able to be up to his usual standards, or worse, ruin the memories of the previous seasons, which, even die-hard fans will admit, were far from perfect, due to the TV network interference, and the lack of the man himself in the directing chair for most of season 2.

In Twin Peaks, we catch up with our beloved characters 25 years later (as predicted by a dream scene in the original season), and meet a whole new batch too. Agent Dale Cooper (Kyle MacLachlan) is still trapped in the black lodge and about to make his exit, while his evil doppelgänger (also played by Kyle MacLachlan, and whose introduction under a deafening soundtrack is a highlight) is at large in our world and with no intention to go back to the black lodge. Elsewhere, the badly mutilated body of Major Briggs surfaces... except that it is 20 years younger than it should be! 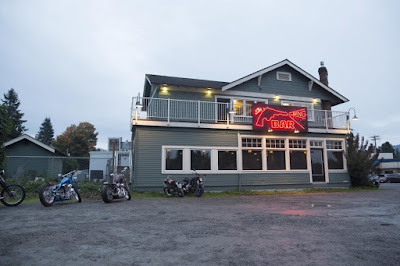 While it might have been lacking in some episodes, David Lynch inimitable style is apparent right away. Sure he is well known for his surreal, mysterious images, and they abound here, with the sections in the black lodge even more mysterious than anything we have seen in the series. But it is also present in unexpected ways. Witness an argument scene between a couple in a prison, that could have been so pedestrian in the hands of anybody else, but here turns into an anxiety inducing shouting matches in extreme close-up.

One of the biggest surprises however is how the series is not entirely set in Twin Peaks (and we know that some scenes were filmed in Paris!). A side story set in an isolated building in New York City, involving the surveillance of a mysterious, empty glass cube by a young man, is among the most terrifying scene the director has conjured up in his career.

Familiar faces are rare so far, although final scenes where we finally meet a couple of returnees from the original season, at the Bang Bang bar, filmed in very Lynch-esque, neon lit fashion, nearly brought tears to my eyes.

It is rather difficult to judge the new series after only two episodes (and how I wish the network had allowed Cannes to show the entire 18 hours in one go!). Narrative threads opened here might open to bigger things or never be followed through, the original cast might return in a bigger capacity or only appear as passing cameos... All we know is that David Lynch is back, and he does not disappoint!