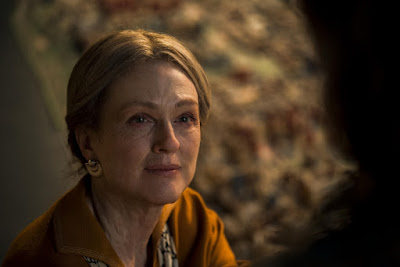 This edition has been a solid year, with few real clunkers (even Le Redoutable did not end up being the disaster we had all somehow predicted), but not quite on par with 2016, which had been exceptional, and it would have been foolish to expect 2017 to match it. Since the awards are decided by a small jury (this year made up of such wildly different artists as Pedro Almodovar, Will Smith, Maren Ade, Paolo Sorrentino etc...), it is fiendishly difficult, and somehow pointless, to try to second guess what their tastes in films might be based on their own work and personality. After all, who expected 2013 President of the Jury Steven Spielberg to fall in love with Blue Is The Warmest Colour? Yet this is precisely what I am going to do, based on the films I saw and the general "vibe", despite my near total failure at predicting any of the awards last year.

Since multiple choices are cheating, I'll pick one film per category and stick to it.

The Swedish director took me by surprise with this far superior follow-up to Force Majeure (2014), with a much more accomplished and emotionally involving script, and whose oddity might not find a consensus among such a diverse jury, hence its spot here. The Jury Prize is traditionally awarded to a film that not all members agree on, and is used as a negotiation/concession tool when pushing for higher prizes.

I know Andrey Zvyagintsev won that same prize two years ago for Leviathan, but he deserves to win again, because of the way he so subtly conveys the moral disintegration of a couple, and, through them, of the decline of the entire Russian society. 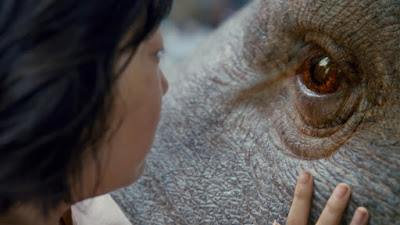 Let's brush aside the tiresome Netflix controversy, the South Korean director gave us a stunning, bittersweet fantasy, not quite mawkish as you might expect, even nightmarish at times (the slaughterhouse scenes!). The centrepiece chase scene in which Okja is on the run from the police in a busy Seoul is worthy of the award alone.

Joaquin Phoenix is a strong contender but I can see his film winning a top prize, which would disqualify him. Dustin Hoffman, Adam Sandler and Robert Pattinson are strong contender, but I'm thinking awarding a prize to Argentinian actor Nahuel Pérez Biscayart, who is the heat and soul of 120BPM, would prove a satisfactory way for the jury to award a prize to a film which, despite its many raving reviews, might have proven too dry or radical for some.

While the competition is this category is not as strong as last year, there are a few contenders, including Diane Kruger in the otherwise woeful In The Fade. However this is Nicole's year. Going through a comeback of some sorts (although she clearly never left for those who pay attention), she had three films and one TV serie in Cannes, and her best performance was in Sofia Coppola's The Beguiled, in a restrained yet wonderfully emotive performance, that had a 2500 strong audience of journalists in stitches with one purposeful glance. 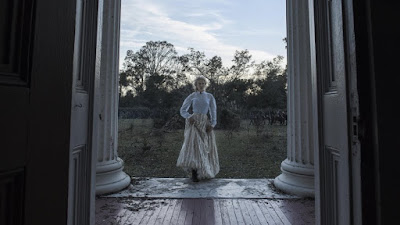 Grand Prix: You Were Never Really Here by Lynne Ramsay

Just as we thought the festival was over, the last film in a competition felt like an unexpected punch in the guts. You Were Never Really Here is a lean, brutal and stylised existential thriller with a singular tone that completely won over the press. It might be too radical/violent/dark for a Palme d'Or, but a perfect match for runner prize the Grand Prix, traditionally reserved for more daring, less consensual work.

And why not? Todd Haynes left empty handed with the misunderstood (at the time) Velvet Goldmine, and had to do with half an acting prize for Carol (because of cry-baby Xavier Dolan in the jury that year, as we found out later), but with Wonderstruck he strikes, well, gold, with an unlikely children film where the American master's style shine through. A beautiful, moving film that is a love letter to New York as well as to curiosity, the arts and cinema, I have a hunch it might win, despite not being a favourite at all.


My favourite film was actually The Killing of a Sacred Deer by Yorgos Lanthimos, but the film is most porbably too dark and radical to win a consensus among the jury members. I just have one wish, and that is for the jury to be bold. No consensus over a film that nobody loved but everybody had "a certain level of enthusiasm" like in 2015, no clumsy issue film awarded the top prize out of guilt and social conscience like in 2016 (a tragedy when there were so many worthier winners). I hope cinema wins tonight.