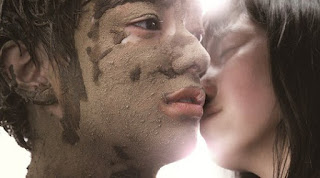 Now in its fourth year, the Terracotta Far East Film Festival aims to again bring a diverse range of Asian films to London cinèphiles. Based in the comfort of the Prince Charles Cinema, 7 Leicester Place, the festival will include 13 films many of which are having their UK premiers at the festival along with Q & A sessions with directors such as UFO in Her Eyes director Guo Xiaolu and Seediz Bale’s lead actor Da Ching. This year the festival will focus more on Taiwanese films and the festival organisers have assembled an eclectic mix of films that include comedy, horror, drama and Kevin Spacey. To get a taste of what is in store during the Terracotta Festival, FilmLandEmpire were invited along to screenings of both the opening and closing films of the festival; Korean My Way and Japanese film Himizu.

My Way and Himizu are poles apart as films. One is the most expensive Korean film ever made - a vast sweeping epic ranging from Japanese controlled Korea in the late 1920s to Korea’s involvement in World War 2. Himizu is a modern set dystopia based on the Manga graphic stories of the same name, with director Shion Sono adding to the emotional impact of the story by setting the film in the aftermath of the March 2011 tsunami that destroyed so much of Japan’s Eastern seaboard.

My Way is based on the ‘true events’ of a Korean soldier being found in German uniform during the Allied attack on Normandy on D-Day 1944. The strangeness of such a discovery allows the director Je-kyu Kang to show World World II from the perspective of a Korean man, Jun-shik Kim (Dong-gun Jang) who was forced to join the Japanese Imperial forces who occupied Koreabetween 1910 – 1945. Jun-shik is a talented Korean marathon runner with his life so often overlapping with Tatsuo (Jȏ Odagiri). Tatsuo is also an aspiring marathon runner who is the grandson to a member of the ruling Japanese military elite. While Jun-shik’s father is working for Tatsuo’s grandfather, there is a terrible accident that changes the lives of both boys forever and entrenches Tatsuo’s blind zeal for the Japanese Empire.


The film thrusts both characters into the midst of a Japanese kamikaze mission; a Soviet Gulag; war torn Germany and finally to the beaches of Normandy on the German side. Korean, Japanese, Chinese, Russian and German layer the film in languages of World War II as seen from a Korean War time perspective. All the while the thread of these two men’s running ties each epic segment of the film together in a more intimate manner, keeping the emotional heart and struggle for identity on both a national and personal level. The film boasts extremely gritty and realistic battle scenes with the director keeping the action up close and personal to the characters. 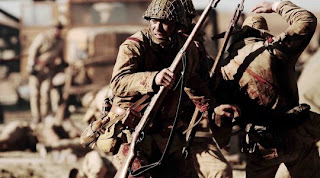 Himizu has so much of the madness and extremes of Manga graphic stories but with director Shion Sono taking the decision to root his film in Fukushima showing the devastation experienced in Japan after the 2011 tsunami and the subsequent nuclear disaster. The story revolves around Sumida (Shôta Shometani) a 14 year old boy whose mother owns a small fishing boat business. With his mother being disinterested and mostly absent Sumida is left to deal with the visits of his alcoholic, physically violent money grabbing father. Sumida’s father enthusiastically tells Sumida how much he has longed for his son to have died when he was a child. Sumida’s classmate Keiko (Fumi Nikaido) has many of the typical and wonderful wide eyed madness of a Manga character. She is besotted with Sumida and wholeheartedly believes in his desire to live a normal, ordinary life. Keiko also shares a parent who also openly wishes her dead as she has a mother who insists that 14 year old Keiko has ruined the happiness of her mother’s marriage.


The dark undercurrent of the story is off set by the hope filled optimism of the tsunami survivors who live in make shift homes around Sumida’s boat house. They are both the comic relief and emotional heart of the story, time and again being used by the director to remind the world just how much so many Japanese lost during the March 11th tsunami. It being a film based on a Manga story, there are constant instances of violence. Nearly ever encounter between characters results in someone giving or receiving a beating. There are widely changing emotional swings with both young leads proving that they share an equal talent at shouting to the full extent of their individual lung capacities. The horror of life after the tsunami and the horror of Sumida and Keiko’s home lives build to a crescendo for all of the characters and the aftermath is as calm, confused and littered as the streets of post-tsunami Fukushima.

With their choice of opening and closing films for the festival, the organisers of the Terracotta Far East Film Festival have chosen films that have a true Asian approach to film making that gives a Western viewer a new perspective on how history or natural disaster (not native to the West), can be considered and understood. With tickets being £8 (£7 Concession and £6.50 for PCC Members) the Terracotta Far East Film Festival has made itself affordable and accessible for anyone indulging in their passion for Asian films or interested in widening their cinematic scope.


To book tickets and for more information about the festival, click here to visit their website
at 21:30