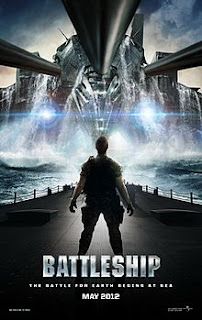 If there is one thing I love about cinema, it is diversity. I enjoy film festivals immensely in that respect, giving you the option to watch three or even four very different films back to back. I took this one step further when I did the most unusual double bill today, seeing Battleship and In My Room Berlin, two wildly different films in very different venues. The former is Hollywood latest blockbuster, with a budget of over $200 millions, seen in a multiplex. The latter is a no budget experimental film from an emerging voice within queer cinema, seen in a retro and trendy hotel.


Before I start, I must warn that I shall draw no comparisons between the two films. The point of this post is to celebrate cinema's diversity, not to go on chasing homoerotic subtext in a blockbuster, something that has been done before. Besides, I find the trend of generally chasing gay subtext in pop culture frightfully boring and rather pointless.

So first Battleship, or Battlefield as I called it when buying the tickets to a bemused box office staff. I actually thought this was a joke when the project was announced last year, a film based on the battleship board game from Hasbro! And the toy manufacturer does not exactly have the best reputation, having previously unleashed the Transformers franchise in cinemas, which started off surprisingly well with its first film before becoming a symbol of all that is wrong with modern blockbusters with its abysmal sequels.

In Battleship, a misguided attempt by Earth to send radio signals to a far away planet showing signs of Earth like qualities results in said planet sending a squadron of alien spaceships, which, upon landing in the Pacific ocean near the coast of Hawaii, creates a force field that traps a few battleships inside it, in preparation for a full on attack. It is left to maverick naval officer Alex Hopper (Taylor Kitsch), his brother Stone (Alexander Skarsgaard) and officer Raikes (Rhianna) to save the day and launch a counter attack against the invaders.

I have read some wildly different reviews for this film, which piqued my curiosity. Several French reviewers have praised it probably well over its merits, over analysing its intentions as a perceived subversive blocckbuster. Other have just hated it, comparing it to the mindless and offensive films of Michael Bay. Me? I stand somewhere in between.

Battleship is an earnest and enjoyable blockbuster, that has fun with its silly concept while completely respecting its audience and taking its mission to entertain seriously. It is spectacular enough with some impressive battles at sea between aliens and battleships, and does indeed include a rather funny scene when humans literally play Battleship with the invaders. It also offers a gallery of very likeable characters, something that Tranformers never managed. Yet it might look like a glorification of the US army, but it is not afraid to show the human cost of the previous wars, with injured and limbless soldiers featuring prominently.

It is not without its problems though. After a very enjoyable first act of prolonged exposition that shows that the film cares about its characters, there is a strange lull where the action drags a little. And Peter Berg, who already showed that he was not very comfortable helming a big film with his previous big budget film Hancock, struggles at part while handling multiple storylines, which makes some of the action confusing.

I would call it the perfect Alka Seltzer film, watch it in a packed cinema on a hungovered Sunday and you should enjoy it. It is nothing more (but nothing less) than a perfectly enjoyable big and silly film that for most part manages to fulfill its mission.

And then moving to In Their Room Berlin. This film was shown as part of the Fringe Film Festival at the Town Hall hotel in trendy Bethnal Green in London. A rather fantastic hotel if I may say so, that is at the same time retro in a grand old 5 star kind of way as well as very trendy, a brilliant and unusual place to be watching a film. It has no screening room, instead the film was projected in an oddly shaped and rather bright conference room that did not offer the same protective darkness as a real cinema, making watching graphic sex scenes just that little awkward! 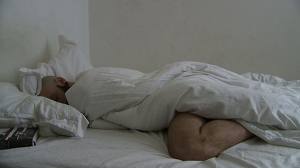 Directed by an emerging talent within alternative queer cinema, Travis Mathews, In My Room Berlin is the second in a serie of films (after In Their Room San Francisco, and before In Their Room London in preparation), that offers a frank (read: graphic sex scenes) view of what goes on in the bedroom of gay men in those cities.

It starting off well before completely collapsing in its second half. I was at first impressed how the director did not try to clumsily put any kind of message across, instead going for the fly in the wall approach. The men picked to testify, seen in various state of undress in their bedroom, only offered tidbits of informations about themselves and their love/sex lives. They seemed reluctant to give away too much or even be on camera and the film took an almost experimental quality, offering nearly stolen scenes of authentic intimacy and quietly reflective moments without falling into the trap of coming across as a TV programme tackling on an "issue".

But it then undid all the good work by putting the spotlight on two men, a French and an American expat, following their online chat and their subsequential meet, when they chat, have sex, chat some more... The issue with this part is that the two men are a little too self-conscious, making their idle chat and sex scenes feel almost scripted and staged. I can understand why the director chose to follow two of his subjects more closely, worried as he might have been that his film risked becoming repetitive and not connecting enough with its audience but it is a rupture with its more subtle first half and an unwelcome one.

I would be interested to see In My Room San Francisco to see if it suffered from a similar structural problem. As for director Travis Mathews, I shall wait until I see more of his work before crowning him the new Bruce LaBruce.
at 23:14