Cannes 2021 - Comments on a special edition 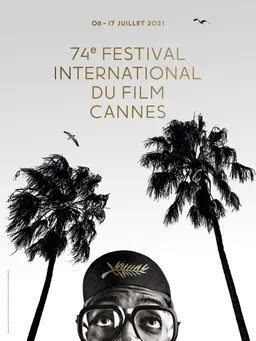 It was never going to be a regular year. After the successive delays then cancellation of last year's edition (a vastly reduced, four days version did take place in October however) and a first delay from May to July this year, there were fears that it was not going to happen again. Despite the successful vaccination campaign and the reduction in cases and mortality, there were some who questioned whether it was safe to hold an event with thousands of visitors from around the world congregating in confined spaces. Yet the naysayers were proven wrong, the Cannes Film Festival was back in triumphant form and it turned out to be a sterling success and a celebration of cinema that was sorely needed.

It is true that a mere few weeks before the festival started, those of us outside France were not entirely sure whether we were even going to even be allowed to travel to the country, let alone attend Cannes. With the Delta variant loose and many countries restricting travel as well as France threatening to reintroduce a quarantine that would have ruined the plans of all the overseas visitors, it sure was with a sigh of relief that we all started arriving in Cannes.

As for the festival itself, despite some bombastic predictions of a super spreader event and the non-attendance of all the talent, none of it materialised and while we all had to wear a mask indoors and the access to the screening rooms was now offered by booking our invitation in advance to reduce the queues and allow for social distancing, in many ways this felt very normal, with the ritzy red carpet, the stars and all the glamour and festive cinephilia.

Many directors had made the decision to delay their film's release and wait for this year's edition despite the ongoing doubts, a decision that richly paid off. Rather than being dumped and lost in a sea of streamers, the films presented this year benefited from the fantastic exposure that the festival provides. The pent up demand also meant an abundance of riches, with a lineup for the ages where youthful talent mingled with more established directors. The festival had such an rich selection to pick from that many films were brought in and screened in "Séances speciales" to give them that Cannes in effect, at a time where cinemas are only just about starting to reopen.

No matter what happens tomorrow (and with a jury of such diverse and exciting talent, we have every right to expect greatness), the Cannes Film Festival is back better than ever and cinema alongside it. To 2022!