Cannes 2021 - The Worst Person in the World by Joachim Trier 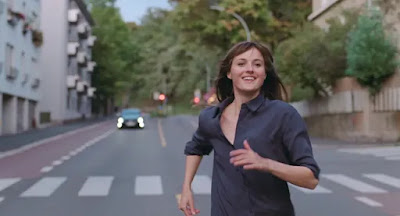 Who could have predicted that a romantic comedy (a genre that is rarely present in Cannes and even less frequently in competition would sweep the Croisette in such a way? Yet this is precisely what has happened with The Worst Person in the World, a bittersweet Norwegian rom-com with a tinge of drama by Joachim Trier.

It is almost as if the genre has been cannibalised by a certain iteration of it, usually set in New York under the snow and as pleasant as these films can be, there is more to it all than these.  In The Worst Person in the World, we follow the life of Julie (Renate Reinsve, extraordinary, more on her later), a young woman in her late '20s in Oslo over the course of a few years as she navigates her love life but not only, ever other facets of her life too.

The film's French title is Julie (In 12 Chapters) and its spot on as the film skips over time to present the episodes of her lives, some seemingly slight, others more dramatic, that add to brush the portrayal of a young woman in such a captivating way yet one that keeps a certain part of mystery too. Indeed despite being the lead, Julie spends a lot of time listening to people, partners, friends, strangers... as if keeping her inner life for herself. At times she admits not exactly knowing what she wants to do or changing her mind about where she wants her life to go. This feels so real as she is neither a totally lost person (in a '90s slacker kind of way) neither an unrealistic girl boss.

In one of the highlights of the film, Julie meets a young man, Eivind (Herbert Nordrum) at a party and it is like an entire relationship is played from start to finish over the course of the night, a scene so full of warmth and humour that perfectly captures that wonderful moments when a connection is felt between two people, as if they had been together for years yet with the spark of meeting up for the first time.

Julie also has a long term relationship with Aksel (Trier's regular Anders Danielsen Lie in a wonderfully affecting performances all in nuances and subtleties) and Julie seems to spend the entire time with him doubting whether she should be with him despite her evident affection, torn between settling down with a slightly older man or throwing herself in whatever surprises life might throw at her.

As Julie, Renate Reinsve is quite simply, a revelation (she had a few supporting part in Trier's Oslo, Augst 31st), the kind of performances that makes a career. Luminous but at times discreet, other times full of joy and exuberance, full of certainties and contradictions, she is sensational. Awards tend to go to more social conscious and more raucous performances so while Renate Reinsve would make a left field pick, it seems hard to believe any other performances will top hers this year!