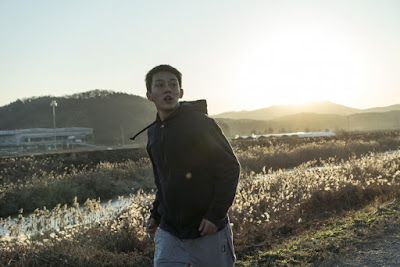 South Korean is arguably one of the best in the world and Lee Chang-dong. The director (who was Minister of Culture many years ago!) has achieved an incredible body of work and expectations for his latest, Burning, were high, eight years after the critical hit Poetry.

Burning is adapted from a short story by Murakami, Barn Burning and the prospect of Lee Chang-dong adapting the work of the illustrious Japanese master was intriguing enough, although he has only kept the heart of the story.


Burning takes its time to develop its themes and leaves the audience wondering what the film truly is about. At first the director puts the spotlight on the young people of today, their struggle and lack of opportunities. The lead Jong-su does odd jobs to survive while having to deal with the downfall of his father's financial worries, a symbol of baby boomers' irresponsibility who have left the world in a terrible shape for their children.  Hae-ni on the other hand has a youthful idealism to her (she goes to Africa for some charity work) yet lives in a shoebox apartment and with no real future prospect. There is no youthful spark to the romance that develops between them however, as if the world of today left young people no time to engage in the most trivial aspects of life.

There is a feeling of dread of foreboding very early on in this understated romance that soon turns into a love triangle with the arrival of Ben (Steven Yeun) that Hae-ni met in Africa and who is the polar opposite of Jong-su. Slightly older yet a world apart to him in all aspects, he is a confident, successful and wealthy. Yet Hae-ni does not seem to want to realise the implications of having brought a new man on the scene and we are not sure if it is borne out of playful innocence or a calculated plan. 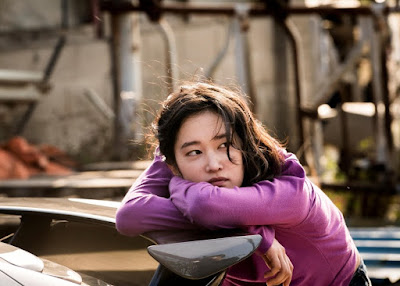 The tension is pervading in every scene, with Ben proving superior to Jong-Su in every possible way the latter seemingly unresponsive to the awkwardness off the situation, yet we can feel his underlying resentment and envy simmering. This is before Ben makes a confession to Jong-su, one so bizarre and out of character with his apparent perfection that one wonders how much of it is real and whether Jong-su is actually imagining it. Then things really take a turn for the worse as Hae-mi disappears without trace, which doesn't seem to worry Ben unduly.

Long before the events require it, Lee Chang-dong treats his film as a thriller. Indeed there are echoes of Claude Chabrol in the way class war is forever present in the background and in the way the mystery is distilled narratively. There is a fire burning below the icy surface of Burning, one made of envy, resentment, unrequited love and inter-generational conflict and it confirms the immense talent of Lee Chang-dong. Perhaps the only caveat about his latest is that for all its brilliance and intelligence, it might lack the emotional involvement that elevated his previous film and it might antagonise some of the audience.