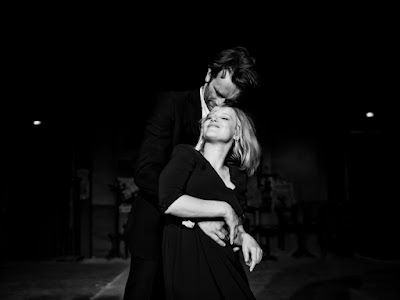 Polish director Pawel Pawlikowski had made a name for himself with a series of gritty, realistic British films (while he was born in Poland, he has lived most of his life in Britain). He returned to his home country to make the stunning Ida (2013) to worldwide acclaim and the film went on to win the Oscar for best Foreign film.

In appearance, Cold War seems similar, a Polish language film shot in black & white. Yet they could not be more different. Ida had a beautiful austerity and restraint to it whereas Cold War lets it all out, even going for a jazzy and boozy vibe as the story moves from Eastern Europe to France.


Cold War follows a romance between a young singer, Zula (Joanna Kulig) and a music teacher Wiktor (Tomasz Kot) from the 40's to there 60's, a passionate and destructive affair while the world around them go through a period of profound changes. A chance to leave Eastern Europe behind does not make their love affair any easier.

In a time of bloated and self-indulgent running time, Cold War's crisp 88 minutes running time feels very refreshing, with ellipses and a lean narrative. If anything, this is perhaps the only slight criticism, there are times where unusually one might have preferred a touch more narrative meat and longer running time, to truly let the romance develops a bit more for its audience. 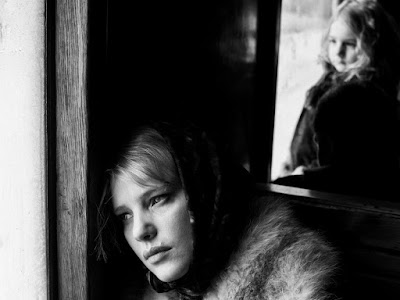 That isn't to say that the film isn't affecting, quite the opposite. Can't live with you/can't live with you is a narrative staple of cinema (see La Femme d'a Cote by Truffaut) but it has never quite been told like that. Words fail to describe how sumptuous Cold War is, from the icy, desolate landscapes of the Polish countryside to the salons of the cultural elite in Paris, with Ida's cinematographer Lukas Szal outdoing himself.

Lost dreams, idealism, fallen hopes... all these can be applied both to the changing political landscape  of the story as well as the love affair, as if reality can never be quite enough to match the burning love between Zula and Wiktor, all the way to a final scene that has got to feature one of the most devastating final lines ever uttered in a film.

Tomasz Kot as Wiktor has a quiet intensity and masculinity to him that suits his character and contradictions but it is Joanna Kulig who is the revelation of the film. She is quite simply outstanding and captivating throughout, a raw intensity that feels always very natural, not once do we feel any acting trope. A scene in which she sings in a Parisian bourgeois flot with smokey eyes brings Gena Rowlands into mind. As a bonus, the ever wonderful Jeanne Balibar has a small but delightfully catty part.

Cold War is achingly beautiful and a devastating romance that should do well on the arthouse circuit and a serious contender for an award at the festival.