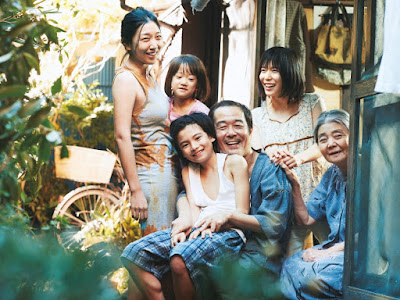 While it is always near impossible to guess what such different jury members might pick as their awards at the Cannes film festival this year, we all thought this time we had it all figured out. In the year of #MeToo, of political and social injustice around the world, we all assumed the awards would be political. We were also near certain that a woman would win the Palme d'Or, for the second time only in the history of the festival, with two strong contenders: Alice Rohrwacher with Happy as Lazzaro, and Nadine Labaki with Capernaum. The awards however, while including the majority of press favourites, were not quite what we expected, especially not the top prize.


So first off, Capernaum, which won the Jury Prize even though many, including myself, predicted it might win the Palme. This prize is usually reserved for films that divided the jury but found some supporters, just like what happens with critics, with some finding it manipulative or even problematic.

Best actor and best actress went exactly to those most had predicted, even though I had somehow foolishly believed Andrew Garfield in Under The Silver Lake was in contention (watch out for the Spirit Awards however!).

The "Palme Spéciale" for JL Godard was a nice touch, and indeed Cate Blanchett was said to be a fan, especially his recent input.

Pawel Pawlikowski's best director nod for the sublime Cold War surprised just about nobody, even though strict rules meant this deprived Joanna Kulig of a well deserved best actress prize (a film cannot win more than one prize, unless it's a best script/actor combo).

Alice Rohrwacher and her extraordinary Happy as Lazzaro had to do with half a scriptwriting award (shared with Jafar Pahani), even though she was a serious contender for a higher prize.

Before I go any further, I must mention the only real upset of the evening, the absence of Burning by Lee Chang-dong, a film with the highest critic average in the history of the festival. While I had predicted it might win best director, I also worry that the film might come across (somehow unfairly) as a "critics' film.

So when it came down to the last two prizes, and with Spike Lee and Kore-eda in attendance, we all then expected the former to win the Palme d'Or, and the latter to win the Grand Prix. Except the opposite happened.

Blackkklansman had some strong supporters in the jury, and as they mentioned at the press conference later on, they felt the film had an important message that needed to be rewarded, but in the end Shoplifters won the top prize.

Despite what sometimes happen some years (wink wink I, Daniel Blake), Cate Blanchett later on explained that they had made a pact that no matter how important the message/intention, art and the best film had to prevail

While we may all have taken Kore-Eda for granted lately, with his prolific and a touch underwhelming recent output, he came back with a bang this year, with what well may be his finest work, and this award is a sterling consecration of an admirable and singular career. Shoplifters is not what you think it is given its premise, or it is, but not only. It is a work of profound subtlety for all its harshness, and one with a strong political message , but one that the director beautifully conveys without hammering it down.

Burning omission aside, this is an exciting list of awards, that rewarded all the right films, one that is at once resolutely cinephile but also in tune with the world. Cate Blanchett is said to have been the best president of the jury the festival has had in a long time, working our glamour and magic on the red carpet every night, yet taking her role very seriously. Jury members were waxing lyrical over her at the press conference, for her generosity and inclusiveness.

This edition has been memorable for all the right reasons, and culminated with a very satisfying list of awards, this is going to be a tough act to follow! Then again next year, we should expect the new films of Quentin Tarantino, Paul Verhoeven, Apichatpong Weerasethakul... 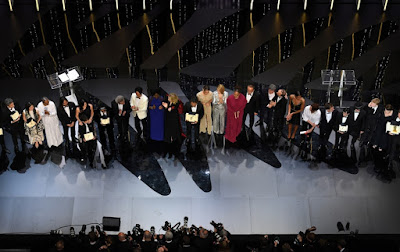 CAPHARNAÜM directed by Nadine LABAKI
The Jury Prize was awarded by Gary Oldman and Léa Seydoux.

BEST PERFORMANCE BY AN ACTOR

Marcello FONTE in DOGMAN directed by Matteo GARRONE
The Best Performance by an Actor Prize was awarded by Khadja Nin and Roberto Benigni.

BEST PERFORMANCE BY AN ACTRESS

Samal YESLYAMOVA in AYKA directed by Sergey DVORTSEVOY
The Best Performance by an Actress Prize was awarded by Ava Duvernay and Asia Argento.