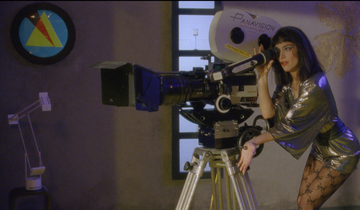 For a few decades from 70's to about the mid-00's, French cinema seems to concentrate exclusively on content as opposed to form, delivering some very literary films. As for genre cinema, it was barely existent and looked at with suspicion. Thankfully a new generation of filmmakers are changing that, referencing their own, wide cinephile references to infuse French cinema with a breath of fresh genre, experimental air and the Cannes Film Festival is reflecting that this year, with Knife + Heart screening in Official Competition later this week and the presence of Ultra Pulpe by Bertrand Mandico in the Semaine de la Critique.

Bertrand Mandico has made a name for himself with a series of short films that were unlike we've seen before in French cinema, weaving references to some of the most insalubrious genre cinema with a very French elegance. He graduated to feature length with the other-worldly Wold Boys earlier this year and is back to short films with Ultra Pulpe.

While Wild Boys echoed old serial adventures with a modern twist, a kind of gender fluid Jules Verne with Ultra Pulpe he is back to his other influence, horror film, particularly body horror of the 70's/80's. Ultra Pulpe is set in a film set in an abandoned seaside resort, the story of the end of the world. It is also an end of some sort when the main actress, Apocalypse (Pauline Jacquard), decides to end her relationship with the director Joy d'Amato (Elina Löwensohn).

Ultra Pulpe is a fever dream, the dream of a cinephile who grew up in the 80's, at a time when genre cinema was looked down in France, where the films of John Carpenter and David Cronenberg were celebrated in some very niche circles and ignored elsewhere. Bertrand Mandico must have spend a lot of times also watching some the trashier, z-films of the era, including Lucio Fulci (who is going through some kind of cultural reappraisal, with the BFI screening one of his films recently!) and it shows. 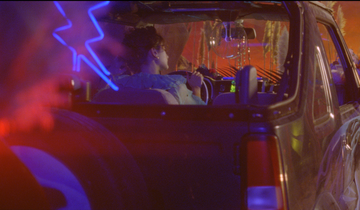 These influences are everywhere, from the very physical special effects of body horror and mutation to the general aesthetic, there are neon lights and smoke galore and the electronic score is a joy. There is also a slight touch of naughtiness, reminiscent of the kind of sofcore films a French channel used to show late at night in the 80's/90's and which contributed to the education of many young people. Yet it still feels fresh and unique. The French director adds his own personal sensibility to it and his cinema feels like a gender queer collective had taken over an abandoned Lucio Fulci set.

As for the cast, Romanian actress and former 90's indie queen Elina Löwensohn (who has now become Bertrand Mandico's muse as well as a French indie queen) is the perfect match for Mandico's cinema, a vunique and distinctive presence.

Ultra Pulpe is a quite unlike anything we have seen before for all its influences and a dream for fans of alternative and experimental cinema.