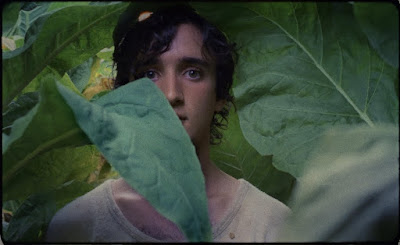 The Cannes Film Festival truly had the last laugh this year. Before it started, there were some tiresome, angry think pieces who had already deemed it a poor edition before anybody had even watched any films, because of the Netflix withdrawal and lack of big names (especially Americans).

When the festival's line up includes some established directors, it is criticised for always inviting the same people. When it does not, the "where are such and such?" comments are deafening, proving than in the eyes of some, the festival can never get it right.

Yet the festival has delivered what probably is its best edition in decades, an exciting line-up that put the spotlight on world/arthouse cinema in the way no other film festivals ever could. Who cares if we did not get Oscar bait or Netlflix films if this means that left some space for the endlessly brilliant streak of films we saw each day. The big names have delivered some of the best work of their career: Kore-Eda, Lee Chang-dong, Nuri Bilge Ceylan, Jia Zhang-ke, Christophe Honoré... as have some of the less established names: Alice Rohrwacher, with her blistering tale of magic realism did not come to play, with her finest film to date, and Nadine Labaki has already become a directing force to reckon with, come what may tonight, not to mention Kirill Serebrennikov, who set the bar very high at the start of the competition with Summer.


Then there have been the new talents too: with Bi Gan's Long Day's Journey Into Night, the festival gifted us with the most magical and unique proposition we have seen in a very long time, one that places the Chinese director shoulder to shoulder with those great formalists Apichatpong Weerasethakul, Wong Kar Wai, Hou Hsia Hsien... As for Ryûsuke Hamaguchi, despite this being his tenth film, he was little known until now and this stylised rom-com might well be its ticket to a wider audience in the West.

There were also some who have expressed a concerned in the past that the festival lived in the past and its bubble, in the age of #MeToo and Trump. Yet again the festival handled this beautifully. You don't remain the biggest film festival in the world by bowing to any social trends yet the organisers staged several events to show that they were not oblivious to all that happens in the world. The jury had a majority of female members, there was the presence of 82 women on the red carpet at the screening of Girls of the Sun to make a statement (the number of female directors in competition since the festival began!). The Harvey Weinstein's shadow was looming, and the festival had set up an emergency line for women victims of abuse while at the festival.

Back to cinema however, and the members of the jury have a particularly tough task today, with a very open race, especially in the best actress category. I shall attempt to guess the winners, not so much based on what I would like to win (I suspect Knife + Heart's chance of a Palme d'Or are slim!), but what I believe will win.


Best script: Ash is the Purest White by Jia Zhang-ke

This tragic tale of small dreams and smaller lives is among the Chinese director's best work, and while it might not carry the emotional weight that could push it to a higher award, I would be surprised if it did not get a nod.

Back all these years after Poetry, Burning is the best reviewed film of the official selection, a beautifully understated love triangle loosely adapted from a Murakami short story. As much as I love it, I worry this might be seen more of a "critics" film, due to not being as obviously likeable as other, more audience friendly titles in the selection. The cold as ice, dazzling direction should win it something at the very least.

In another year this could have been an easy contender for the top prize, and Kore-eda has already won the Jury Prize in 2013. While this might be his best work in a decade, some "bigger" films might relegate it to a lower echelon however.

We all fell in love with the stunning Cold War, a jazzier companion piece to Pawel Pawlikoski's Oscar winning Ida, and Joanne Kulig lits the screen from her very first appearance, a performance of the magnitude of Gena Rowlands's best work, whose heart-breaking final line has stayed with me.

Best Actor: Andrew Garfield in Under The Silver Lake

He is not thought as being in contention as he is unlikely to win, but hear me out. While the film is middling (a rare disappointment this year) Andrew Garfield lets it all out in a fearless performance in which he spends his time being ridiculed and humiliated, as well as coming across as barely likeable. It must have taken some guts for him to accept such a tricky part, and he deserves to be commanded for it.

This could be the first year two women take the top two prizes at the Cannes film Festival and it would not be because of some kind of positive discrimination, they both truly deserve it. With Happy as Lazzaro, Alice Rohrwacher ups her game even more, with a blistering tale of magic realism, and while Capernaum did not elicit the consensus I expected, talks about the jury being in tears at the end of the screening, its raw power and emotional core as well as potential cross audiences appeal could mean it is due to earn the top prize. Some have deemed it a bit manipulative and forced, which could see it relegated to the Grand Prix however.