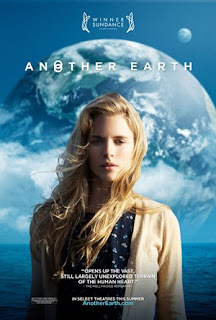 While the London Film Festival line up was recently announced, we should not forget an equally important date on the film calendar, the Raindance Film Festival, which is taking place from the 28th of September until the 9th of October in London. Raindance started off as a training organisation for filmmakers19 years ago and a mere year into its existence, started off a film festival entirely focused on independent cinema. So do not expect any gala screening of high profile but mediocre films only added to the line-up to add some media exposure, but some truly innovative and little seen gems, showcasing the talents of tomorrow.

Deciding what to see is even harder than for the London Film Festival, as most titles come from little known directors, often making their first film. But as ever with film festivals, the best thing to do is to let yourself be guided by your curiosity. Having gone through the line-up, I have picked up five films definitely worth seeing.


Another Earth by Mike Cahill 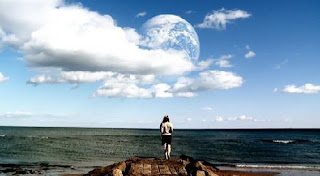 It seems like an obvious choice but nevertheless, what an exciting film, which made some wave in Sundance earlier this year! A drama set on the day of the discovery of a duplicate planet (did anybody say Melancholia?), this seems to mix philosophical musings with science-fiction, like some of the best science-fiction films do and is as intriguing as it gets. What is even more exciting is the soon to be stratospheric rise of lead actress Britt Marling, who earlier this year found herself in the middle of a bidding war between Robert Redford and Tom Cruise. And she is not just yet another pretty and talented indie queen: she co-wrote the script, as well the one of another sci-fi tinted film she starred in as well: Sound Of My Voice.

Beyond The Road by Charly Braun 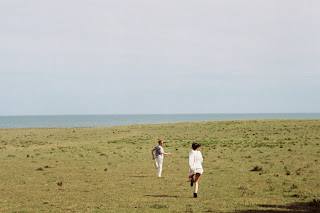 This is described as a road movie set in Uruguay, following the playful relationship between a young Argentinean man on his way to reclaim the land he inherited from his parents, and a young Belgian woman looking for a man she met on her earlier travels. While I feared the worst at first, with bad indie rom-coms being a pet hate of mine, given how formulaic and smug they often tend to be, closer inspection dispelled my fears, as there is a much more naturalist approach in here. No "humorous" quirks and overwritten dialogue, rather, the director, for his first feature length film, used the script merely as a guide, incorporating interactions with the locals as they went along. The trailer promises some understated charm and there is always the amazing South American landscapes to admire if this disappoints.

By Day And By Night by Alejandro Molina 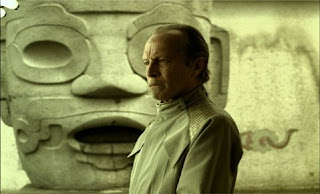 This Mexican film is set to add an original twist on the well worn genre of the dystopian society. In here, to solve the problem of overpopulation, people are genetically modified so that half of them can only live during the day and the other by night. A young mum and her daughter from different "shifts" as well as a scientist try to escape to the outside world trying to find a way to be alive at the same time (an eclipse maybe?). This could almost be described as Logan's Run meets Ladyhawke and is certain to brace some very topical issues issues of a two tiers society and an ever growing social divide. 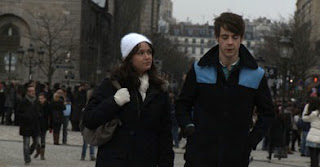 A friend of mine once proposed to his girl-friend while in Paris. She said no. They spent the last three days of their trip not talking to each other, with him heartbroken. If you are in the mood for a feel bad romantic comedy of realism versus romance, this is the perfect one, with some odd similarities to my friend's predicament. In here a couple, due to a badly timed break up, find themselves in Paris together, with the city of romance being probably the last place you would want to be with somebody you just split up with. Will their rekindle their relationship? Or will local encounters drive them further and further away? This almost feels like the antithesis of Before Sunset (which I adored by the way). And obviously this is not a remake of the woeful film of the same name starring Billy Crystal. 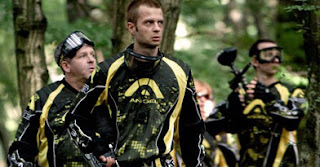 This Croatian dark comedy of a corporate team-building week-end in the wild gone horribly wrong might not be as original a premise as it thinks it is. And indeed, it has been done before recently with so-so British shocker Severance (starring Danny Dyer in case you had the inkling to check it out). Plus having an actual bloodbath as a metaphor to condemn the uncivilised practice of the corporate world is not all that original either. Still, the description on the Raindance website promises a strong visual style, a sardonic humour, and a hilarious and shocking film, so what is not to love?

More details and full line-up on the Raindance website.
at 23:13