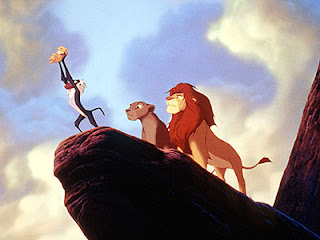 3D post conversion has become a dirty word in films, conjuring memories of the atrocious and botched post conversion job of Clash of the Titans, which has become a case study on how not to do it. Indeed, this was heralded by some as the beginning of the end for 3D. So when news emerged that Disney was planning to convert one of its most beloved film, The Lion King, you could be forgiven for being a little nervous. We clearly should not have been.


After struggling for most of the 80's and suffering an identity crisis of some sort, Disney found critical and box office glory again in the 90's, with a string of excellent animated films that were on par with the studio's previous and best efforts. It started off with The Little Mermaid, then Beauty and the Beast came out and nabbed an unprecedented best film's Oscar nomination (at a time when there was no best animated film category), then it was the hilarious Aladdin, and finally, Disney's crowning glory, The Lion King. And ironically enough, as the studio 2D animated output was going from strength to strength, the replacement was only around the corner, with Pixar's first CG feature-length animated film Toy Story out the following year.

Seeing The Lion King again after all this year, it becomes obvious that, just like any other classics, the film has not, and will not age. The pace might actually be a little slower than we have become accustomed to, but that is a blessing, taking its time to introduce and develop the characters and its rich story, without the need for flashy scenes especially created for Ritalin addicted children. And the film is mercifully devoid of that trend that has poisoned recent animated films: post-modern references and celeb cameos. Big names are to be found on the casting (James Earl Jones, Jeremy Irons, Whoopy Goldberg) but only because of their vocal talent and what they were able to bring to their characters.

It is a film that does not talk down to children, with important themes of death and the pains of growing up tackled head on, and, with its rich Shakespeare undertones, has a wide enough appeal to satisfy a more mature audience. That is not to say the film is too serious, they are several lough out loud moments, and it is a small miracle that the comic relief/sidekicks are so unusually likeable. And let's not forget the musical scenes, with some of the songs having become some real classics since.

But what about the 3D I hear you say? I can honestly say that it blew me away. And if you were to see this or the first time, you would never suspect this is a conversion. Indeed, the post conversion job must have taken a mighty long time to reach this level of quality. Unlike other 2D to 3D monstrosities, no cheap cardboard cutout and pop out effects in here. The film benefits from the already existing breathtaking attention to details of the animation, with the loving and painstaking recreation of the African savannah. And now the 3D provides a depth that truly enhances the experience, making it worth revisiting it once again. See it on an IMAX screen as I did, and it becomes an even more immersive experience. We are not just talking of characters given a 3D makeover but whole backgrounds, and the the "lift the glasses" test proved that not just a few elements had been hastily converted.

If you have not seen it yet (is there anybody left who has not?), then it is a must. If you have seen it, I encourage you to revisit it in its new 3D form. And since then I have been dreaming about how other Disney classics could benefit from a 3D conversion, even older classics! 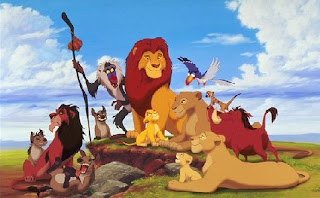 But as wide-reaching as it is, let us not forget the target audience: children. I had taken with me budding film critic Salome, 9, who had already seen the film countless times, as well as the musical, for an expert opinion. This is what she had to say:

"The Lion King, one of the world’s most popular musicals inspired by Disney pictures. What difference does the movie make in 3D? Well, as it would do for any other movie brings the story to life. However, especially to The Lion King the 3D effect makes it more hilarious, more emotional and more powerful. This movie is quite old, so to see it in 3D makes people forget that and prefer the movie more. Why did moviemakers choose The Lion King instead of making another movie or even choosing a more modern one? First of all, so they had less to do for the movie instead of starting from scratch and they would still gain some money. Secondly, because even though The Lion King is extremely popular some parents might want to show their infants this spectacular movie and make this a tradition. Thirdly every one is sure to love this exceptional, amazing movie!"


So it is thumbs up from Salome and myself! The Lion King 3D is released on Friday the 16th in the US and on the 7th of October in the UK.