Moving on from the previous post, a few more intriguing films I have come across while flicking through the programme. Every single year without fail ever since I started attending in 2008, the festival has brought me a wonderful surprise, a great film I knew little or nothing about, and it is part of the joy of the event to try your luck with as many films as you can, sometimes merely guided by a picture and the blurb next to it.


In 2008, it was The Possibility of an Island, by Michel Houellebecq, adapting from his own book. The film was part package holiday satire/part philosophical sci-fi (I cannot really sell it any better!). In 2009, Air Doll, a Japanese film about a blow up doll who comes to life, full of poesy and melancholy. Last year, it was Poetry that needs no introduction, and The Temptations of St Tony, an Estonian black & white film dark comedy that was part David Lynch, part Bela Tarr and part Aki Kaurismaki. But now for some further suggestions: 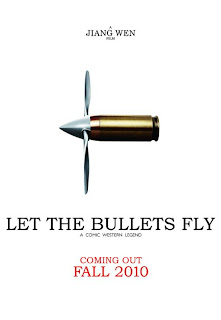 You can hardly call the most successful Chinese film ever at the domestic box office, starring Chow Yun-Fat and Ge You (a.k.a. the man who beat John Pulp Fiction Travolta for best actor in Cannes 1994) a hidden gem. Yet little news have come up of this film to our shores so far. This looks like a good old fashioned Chinese gangsters/cow boys (yes, China HAD cow-boys too, and so did Thailand) story, and the set design looks fantastic. It is said to contain a metaphor about the political situation in China, but if it does, the local censorship seems to have completely missed it. Surely one to enjoy whether you do or do not get the metaphor.

Dreams Of A Life by Carol Morley

This documentary puts the pieces of an engima back together: how a London woman was found in her flat a whopping three years after her death. While sadly, these stories of extreme loneliness are too often read on the news, what makes a difference here is that the woman was not an older person that who had slowly disappeared (not that it would not be any sadder!). Instead, she was a young, lively and popular woman with a secret side to her. I remember reading a heart wrenching article on the Guardian some time ago about those sort of stories which, contrary to popular belief, does not always involve older people and you can expect this film to question what it really means to be part of a society when you can so easily slip out of everybody's radar.

The Secret Illusion by Mathieu Amalric 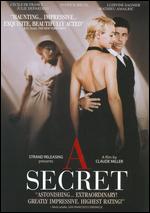 Mathieu Amalric is best known outside France for his part as the baddie with the lazy eye in Quantum of Solace, and for his award winning exploration of a small burlesque American company in On Tour last year. In here he tackles a completely different subject, the modern update of a French classic play by Corneille. While the English speaking world is used to countless and countless modern interpretations of literary classics, especially Shakesepeare plays (see Coriolanus, also shown at the festival), this is something that the more protective French hardly ever do. While this started as a TV movie, it looks very glossy, with the action mainly set in hotel rooms and chic bars.

Check out the London Film Festival website for the full programme.
at 17:23