My Problems With Mulholland Drive 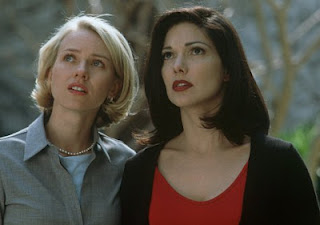 Mulholland Drive found itself at number 28 on the latest Sight & Sound Greatest films of all times list, as voted by various critics from around the world, above classics such as Stalker and The Godfather 2, with the second highest ranked film from David Lynch, Blue Velvet, finding itself at 67.

It should be fairly obvious by now that I am a huge Lynch fan. INLAND EMPIRE is my favourite film of all times, and I count most, if not all of his other films among my favourites. Yet there is that one, that particular one that I have a few problems with. No, not Dune (although this is my least favourite of his!), surprisingly, it is indeed Mulholland Drive.

I was so excited about seeing it when it came out, after its thunderous reception at the Cannes Film Festival in 2001, that I just could not wait for its UK release. So when it came out in France, I forked out for a Eurostar ticket and went to Paris for the day, just to see it. Now that's what I call fan dedication! 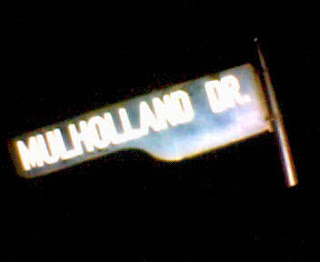 When watching a David Lynch film for the first time, I always tend to go through the cycle of emotions: puzzled, frustrated, intrigued until it comes full circle at the end and find myself having enjoyed them immensely, finding more and more to take on with any subsequent viewings. But that did not happen with Mulholland Drive. I just left frustrated. And it does not matter how many times I have watched it after that and tried to force myself to enjoy it, I still find it flawed.

I am not saying it is a bad film, far from it. It is better than 99% of the films that come out every year, and there is a lot to admire in it. The two lead actresses, Naomi Watts and Laura Helena Herring are absolutely fantastic and I cannot think of any other director who can film women so beautifully, in all their glamour and mystery, other than Lynch. (Pedro Almodovar perhaps?) I did like the whole air of mystery obviously, the very perceptive vision of Hollywood, the tribute to noir and genre films, the gorgeous photo, the whole atmosphere... and yet...

You might know this already but Mulholland Drive actually started off as the pilot of a TV serie. Yet when the ABC's executives saw the rushes, they hated what they saw, judging the whole thing far too bizarre and unfit for broadcasting. Which makes you wonder if they had any idea who David Lynch was before hiring him. 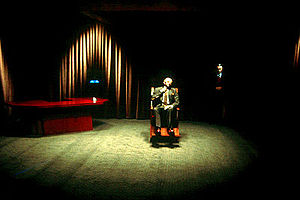 It was only when some French producers stepped in that the project was salvaged, offering the director some funds to finish it off not as a TV serie as intended but as a proper film, so impressed that they were by the footage shot so far. And this is my main problem lies.

At that stage, David Lynch roughly had enough material for about three quarter of a feature length film, which paused a problem. To find a way to finish it, with so many characters and various storylines, he would either have had to reshoot a significant amount of it to make it work as a standalone film, or somehow try to find a way to tie it all up in its last quarter, and the latter solution was picked, with a 2 part narrative structure.

In a previous film, Lost Highway, David Lynch had used a similar 2 parts narrative structure, in what has been described as a "Moebius ribbon" type of story, with the beginning colliding with the ending, actors playing two different characters (or are they?), or two actors actually playing the same character (or were they?), and the two parts being linked as if time was not a straight line but an unfolding ribbon that at various points. It worked beautifully, not everything was explained obviously, and I just loved the way with each subsequent viewing, I felt that I was about to get it yet never quite did. Its dream like texture meant that no matter how hard I tried to pursue its meaning, it dripped between my fingers. 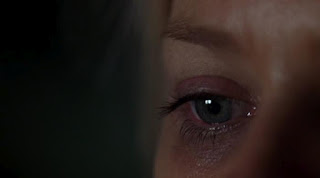 And this is where my frustration lies with Mulholland Drive, epitomised by the dinner scene in the villa at the end. Throughout the film, a whole gallery of characters and storyline threads are presented, in the same way as the Twin Peaks pilot, offering a great potential for development. Even the pacing is actually more consistent with what you would find on TV, taking the time to introduce all of the characters as a pilot episode is meant to.

I have to guess this as I am not entirely sure of it, but I take it the pilot was meant to finish after the (rather fantastic) Club Silencio scene. So what Lynch did is pull the carpet under us, and have most characters reappear as completely different people, and the story being shown under a whole new perspective and darker tone.

We meet several characters from the first part at a dinner party in a villa in the Hollywood Hills, except that they are not who they originally were. Mysterious, obviously, except that, unlike Lost Highway, it does not really lead you anywhere. It almost feels artificial, and some of the dialogue laid out to explain it feels forced. Oh look, the landlady! Except that she is no longer the landlady, she is Justin Theroux's mum now, as he proudly announces! Plus what happened to the menacing film producer played by Angelo Badalamenti? The hitman? Robert Foster? Was the frightening, literally heart-stopping apparition at the back of  the diner meant to be the new Bob? What about the cow boy who we are meant to only see once if we do good? Oh there he is, at the villa again, randomly! These all felt like we were meant to see more of them, but never will.

Talking about the pacing again, I do feel that several scenes who might have worked in a TV episode here slows down the pace and offer a jarring shift of tone. I am thinking of the hitman scene in the apartment building, and Justin Theroux coming back home to find his wife in bed with the pool cleaner.

And I particularly do not like the ending, with the old couple from the beginning of the film being brought back. This scarily happy old couple from the airport scene, comes back for a massive "told you so", fully aware that the young, naive actress wannabe they had met would end up being swallowed and spat out by the Hollywood machine. That last scene just looks a little silly, a rare faux pas from the master of the bizarre who can hardly ever do wrong.

Don't get me wrong, I was not frustrated because not every single aspect of the story was explained or left open, far from it, otherwise I would not hold INLAND EMPIRE in such high esteem! My complaint is that, under the cover of "mystery", we find ourselves with various story threads being all tied up a bit too neatly but in an unsatisfactory fashion.

I have read a theory that all that happens before Club Silencio is a dreamed up version of Naomi Watts's life in Hollywod, far too rosy and unrealistic, whereas what happens after that scene is her sordid reality and I have to admit, this goes a long way into making me want to reassess the whole film and appreciate it more. Plus I can hardly blame my favourite director for doing his absolutely best to rescue his project under the circumstances. Yet, in my humble opinion, as great as Mulholland Drive is, it goes nowhere near the highs reached by Lost Highway and INLAND EMPIRE, which feel like fuller, more realised products.

I appreciate that my opinion of this film will place my in the minority, especially among Lynch fans, but I stand by it. I might however, watch it one more time just now...