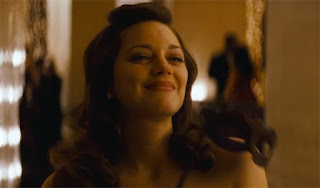 SPOILER Do not read if you have not seen, aherm, well I cannot say the title as it would be too spoilerific already. Erm do not read unless you have seen the latest film with that French Oscar winning actress. No, not the one she presented at the Cannes film festival this year. Anyhow, further down this post, I have a link to a tumbler that is not exactly charitable towards her yet incredibly funny.


SPOILER I was dismayed to read some negative comments about Marion Cotillard in The Dark Knight Rises. It came as no surprise that she turned out to be Talia Al Ghul in it, despite her denying playing her before the release. Well, what did you expect, that she was going to spoil the ending publicly months before the film came out?

Some have lamented that her characters was not developed enough (hardly her fault, she did not write the script!), that the big reveal came out too late and that she under/over acted, depending on who you read. For what it is worth, I really liked her story arc and her portrayal of her character. She was at turns seductive, retired, and then played out a baddie in a very cool and demure way that fitted Nolan's universe 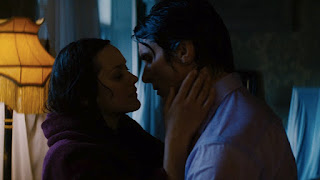 She has been lambasted for her death scene, but again, I do not seem to have seen the same film as some as it did not stand out to me as being over the top. Some did however, so much so that a tumbler has been created, with members of the public recreating her (in)famous death scene. And it is rather funny I have to admit. Laugh how you like however, but just you wait until you see her incredible turn in Rust & Bones. Plus she is in the next James Gray's film so shush.

So here it is, the tumbler. Try to look at it and not recreate her death scene, I dare you!