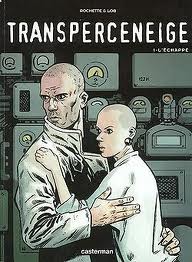 It is great news that the usual female Oscar's winner curse (ask Mira Sorvino and Mercedes Ruehl what happened to their career after their win) does not seem to have stricken this year's hopefuls Viola Davis and Octavia Spencer, who, even before their potential win, have been offered a part in several high profile projects. Yes I said potential win as I have a feeling Viola Davis will create an upset at the Oscars. You have read it here first. And if I am wrong nobody will remember this post. But I digress. Among those, the most exciting one is certainly Bong Joon-Ho's Snow Piercer that Octavia Spencer has just joined. In fact, I would go as far as saying that this is my most anticipated film of 2013!


Yes I am well aware that certain small, indie film, called Superman: Man of Steel is also out in 2013. But on the back of the recent effort of director Zack Snyder (Sucker Punch) I am not holding my breath. This, on the other hand, is another story, for so many reasons.


First of all, any film by director Bong Joon-Ho is worth getting excited about no matter what. The director, part of the new South Korean renaissance that has swept our screens over the last few years, has proven that is totally at ease with a wide variety of genres: the detective movie in Memories of a Murder (2000), the creature horror transcended to become a powerful family drama in The Host (2006), and recently, yet another powerful family drama with a twist in Mother (2009).

Here he tackles science-fiction, and not any kind, this is the adaptation of a 70's French novel called Le Transperceneige, set in a distant future where a new ice age has put an end to the human race bar a small group of survivors living in a train on perpetual motion that roams around the frozen world, and in which a new class war threatens their fragile survival.

French science-fiction of this era is not well known but it has produced some genuinely interesting and bizarre graphic novels with a very different treatment from the usual American ones. They have a lot less action, are meant for a more mature audience, and with a generally less manichean vision of the world and some deep philosophical undertones. Being meant as more grown-up, they often also feature a whole lot of sex and violence. I am aware that American graphic novels have since also moved on to more mature territories since but there oddness and boldness of the French at the time was groundbreaking. So quite what the South Korean director will make of this, for his first American film as well, is enough to keep me excited until next year!

And if this was not enough, the cast is making me salivate: Mr Captain America Chris Evans, John Hurt, Tilda Swinton, and now Octavia Spencer! Oh yeah and Jamie Bell. Rounding up the cast is another South Korean native, Kang Ho-Song, who was already in Bong's The Host, as well as the absolutely fantastic Thirst, by Park-Chan Wook in which he truly shone.

You cannot have failed to have noticed Octavia Spencer in the last decade, she has had small parts in many big films, such as Spiderman, Being John Malkovich, as well the recent Dinner for Schmucks, where she was easily the best thing in it, playing a medium who communicated with the dead animals served on her plate at a dinner party. It is all the more exciting that she is using her new found limelight to steer away from traditional parts. On top of this, she will also be in the first film by scriptwriter Diablo Cody (Juno, Young Adult) as a director, along with Russell Brand and Holly Hunter. It sounds like no matter what happens at the Oscars, her future is bright.
at 22:37