Tribute To An Unlikely Film Tycoon 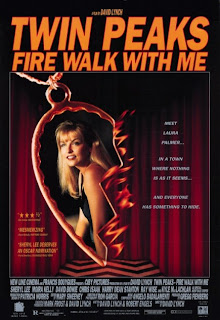 I was lucky to watch Twin Peaks: Fire Walk With Me on the big screen again last week, thanks to a David Lynch restrospective at the NFT in London. Not only does the film hold on very well after all these years, it almost works even better as a standalone film, without connecting it to the TV serie that preceded it. But the credits brought some unexpected memories flooding back when the logo of the production company Ciby 2000 came up. It might not mean much to many people these days, but this company, in its brief life in the 90's, is behind some of best arthouse films of the time. 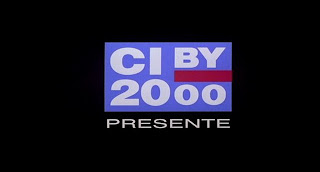 Highbrows were raised in the French cultural elite when Ciby 2000 was founded, simply because of the man behind it, Francis Bouygues. A self-made French business man and entrepreneur, he came into the media spotlight in the mid 80's when the right-wing French government decided to auction off one of the main public TV channel and handed its control over to him. Under Francis Bouygues, the channel TF1 became a tragic mix of crass game shows and talk-shows, and, shock horror, was the first French channel to ever introduce ad breaks during films, which, as you can imagine did not go down well in the country of Louis Lumiere and Jean-Luc Godard.

So imagine the surprise when in the early 90's, Francis Bouygues decided to launch his own film studio Ciby 2000, and instead of producing the kind of popular yet pathetic brash French comedies that are mercifully never exported abroad, began throwing money at the biggest names of worldwide arthouse cinema: Pedro Alomodvar, Jane Campion, David Lynch, Peter Greenaway... All that coming from a man with a self confessed complete lack of culture and, who, as the legend goes, sat at a dinner party next to Jeanne Moreau at the Cannes Film Festival once and asked her: "So what do you do?" 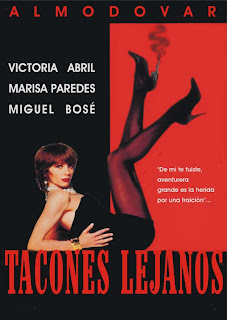 This truly was a golden age of arthouse cinema, and the Ciby 2000 logo became a particularly frequent sight at the Cannes Film Festival at the time, with the studio winning no less than 4 Palmes D'Or: The Piano in 1993, Underground in 1995, Secrets and Lies in 1996 and The Taste Of Cherry in 1997. It is also responsible for countless other jewels: High Heels, Kika, The Flower of My Secret, Live Flesh, The Straight Story, Lost Highway, Muriel's Wedding, The Baby of Macon... Indeed Pedro Almodovar was full of praise for a studio that had only offered him much bigger budgets than he was accustomed to (allowing the fantastic production design and costumes in his films of the era), while leaving him complete carte blanche and the final cut.

Sadly it became clear what had motivated Francis Bouygues to become such an unlikely champion of the arts, as he sadly passed away in 1993, after a long illness. And after his death, Ciby 2000, with its scant concern for profitability, did not last very long, and folded in the late 90's, before being reborn in a much smaller and less ambitious capacity in 2004. But it would be a shame that the legacy of such an unlikely film tycoon is forgotten, and he should be remembered for the mark he has left in the arthouse film world.