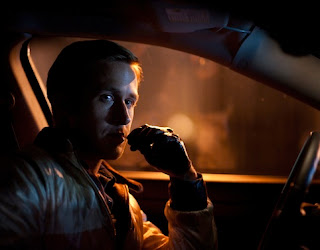 An important film ceremony took place over the week-end. No, not just the Oscars, the first BFBC Film Awards, or British Film Bloggers Circle Film Awards. Taking place is pushing it a little as there was no physical ceremony, not quite yet anyway, next year there will most definitely be one. At the former Kodak theatre in Los Angeles. Or at a pub. Anyway, without further ado, the winners!


Actually a few comments first of all. The list does bear some similarities with the Baftas and the Oscars, but the point was never to purposefully snub those awards winners, rather, we all chose our favourites without any pressure either way. And as far as The Artist is concerned, it might have won big at every single award ceremony, but it was never a conventional Oscar bait, unlike something like War Horse. And there was no stopping the Jean Dujardin juggernaut, which we could not resist to. Interestingly he was won every single major acting award since Cannes EXCEPT for the French Oscars, or Cesars, which is ironic. And we could not bear to keep him separated from his acting partner Berenice Bejo, which was awarded a much deserved acting award too.

Elsewhere, it was nice to see Tilda Swinton being recognised, and of course, Drive, which, despite its rapturous critical reception has not won anything since its directing prize in Cannes. We had somehow predicted the original screenplay Oscar for Midnight in Paris by awarding it to Woody Allen's latest too. But to me the biggest surprise came from Best British Film, which went to Submarine, beating Shame and Tinker, tailor, soldier, spy.

So here is the list, with the winners in bold: