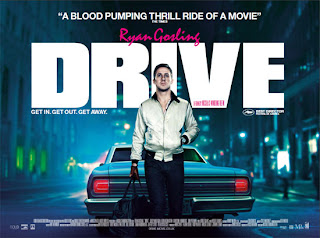 With the British Film Bloggers Circle just freshly launched, one of the first ideas we had was to hold our very own film awards, dismayed as we were by some of the Oscar nominations, and especially the Baftas, who seemed to ignore the utter brilliance and variety of British cinema in 2011. I do appreciate there might be a whiff of arrogance in simply stating that our choices are "better than the Oscars and the Baftas" but this is not what this is all about. The whole point is the freedom to simply come up with our own choices, free from any kind of influence, only motivated by our passion for film.


The problem with academies such as the Oscars or the Baftas is that first of all, ageing members are not all that quick off the mark at picking up and celebrating emerging and promising new talents. Also, the sheer number of members mean that the law of average will never bring up some particularly bold nominations. Which is why having a list of nominations from a much smaller number of members was always going to wield some more interesting picks.
And having compiled the votes from all the members, a very interesting list took shape. It resisted the snobbery to ignore quality Oscar's favourites such as The Artist and Midnight in Paris, but it also prominently feature some of the best of British cinema of the last 12 months, as well as some seriously overlooked gems such as Drive and Shame (the latter which I did not like but respect nevertheless). It reserved a few surprises also. For example, I was pleased to see Corey Stoll getting a supporting acting nomination for his understated yet incredible turn as Ernest Hemingway.


But without further ado, here comes the list. We are now busy voting for our favourites and the actual winners will be announced over the week end, since nothing important seems to be happening in the world of cinema. Or does it? Attempts to book the Kodak theatre for our ceremony have not got very far.