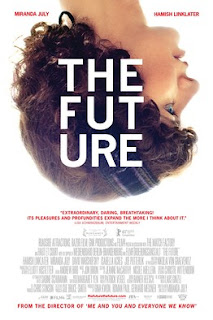 Plot: Thirty-something couple Jason (Hamish Linklater) and Sophie (Miranda July, who also directed and wrote the script) have the feeling that life has passed them by. Having decided to adopt and care for an ailing cat they rescued, they are told they will need to wait for a month for it to be released to them. They soon realise that a new life of responsibilities lied ahead, which forces them to reconsider their goals and future.

It is an understatement to say that I was actually not planning on seeing The Future originally. It did not make it to my line-up at the London Film Festival due to the negative feedback, and over the years, I have become slightly bored with a certain type of quirky independent cinema that can be as formulaic as any blockbuster, with added pretension. Yet, as I was reading more about it, and on the back of a rather positive from trusted British film magazine Sight & Sound, I decided to give it a try. Having polarised opinion so much (some described it as knuckle-gnawingly awful), I figured it would be anything than boring, and I will always prefer to hate a film than be bored by it. Besides, having seen how much negative reaction one of my favourite film this year, Damsels In Distress, had received at the festival, I went in with an open mind.

And what a wonderful surprise this turned out to be, a truly original and engrossing film, made by a singular talent, which still got me thinking about it, a few days after seeing it. Of course, this is not a film for everybody. Shot mainly within the confine of an apartment, featuring a talking cat (voiced by July herself), a somehow self-absorbed couple that some will just not warm too, scenes of interpretive dancing and a character talking to the moon, I can understand why some might resist to its unusual charms.

While the early scenes might suggest the sort of kitchen sink drama peppered with quirks that I dreaded it might be, it was all quickly dispelled, first of all thanks to the talent of the two main actors Miranda July herself and Hamish Linklater as her boy-friend. There is not an ounce of the smug pretention in them that so often pollutes the indie world, and they perfectly express the sort of powerless feeling that so many in their mid thirties will too painfully relate to, that feeling that life has passed them by already and, despite their relative youth, that they have tipped over the edge and it is nearly already too late to do anything about it. 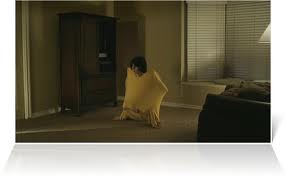 Their acting is perfectly in sync, which makes them utterly believable as a seemingly well-matched couple, with their soft-spoken voices and slow manners, tinged with an underlying melancholia. They seem to be living in a state of suspended animation, which somehow mirrors the standstill that their lives have come to.

And again, while a couple of thirthy-something slackers might sound like a familiar scenario, the film is quite a lot darker than anticipated. We are not talking about a couple of loveable rogues who wear their outsiders status as a badge of honour while leading a bohemian dream life they realistically should not be able to afford, a staple of bad indie cinema. Here they live in a very modest apartment, stuck in unfulfilling jobs, him as an IT helpdesk consultant, and her as a dance instructor for kids. 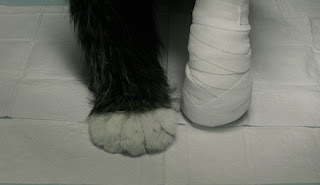 And the decisions they are forced to make faced with their newly found responsabilities have real consequences.  Miranda July never tries to make them more likeable than they are, even making her own character make a questionable decision that risks alienating the audience, And their doubts, their flaws, their fears for the future and their mistakes and failed attempts to improve their lot make them feel profoundly human.

The direction is precise and assured, and truly finds its own tone, managing to blend the ultra-realism of the couple's everyday life with touches of surrealism, a curious mix that actually works perfectly. All the scenes in their apartment have both an ethereal and realistic feeling to them. And pivotal scenes set in a suburban house almost have a Lynchian quality to them, especially considering the attention that the director has given to some very unusual sound effects with the seemingly immaculate and happy appearances hiding much doubts and sadness.

Even some of the quirks that might at first have come across as gratuitous, find a meaning later in the film. Jason announces early on that he has the ability to stop time, a facetious statement that is at first played out as a joke by both of them. Except that later on, this provides the background for one of the most emotional scene in the film, as he actually uses this time-stopping ability to delay the inevitable, just as he realised he is about to be told some painful news that will change his life forever, a future he simply cannot face. And it goes on, for days, stuck as he is while everything else is frozen around him, seemingly unable to cope with important life changes. Rarely has the description of that split second when you realise that your life will never be the same ever again, and the inability to handle it been so painfully and accurately portrayed.

And there is a similarly bold scene that sees an oversized yellow t-shirt makes its way to Sophie's new house, only for her to slip it on, literally slipping back into her previous life while doing an interpretive dance, a scene that just should not have worked and yet it does. In that scene, without a word of dialogue, we understand what is going through her mind, the regrets, the desire to go back to her previous life...

Even the talking cat storyline provide a surprisingly emotional and relevant background, serving as yet another proof of the character's inability to reach a certain maturity despite their best intentions to improve their lives. And the ending is particularly unsentimental and quietly heart-breaking, packing an unexpected emotional punch.

You might hate this film, You might just be bored by it. But if you do enjoy it, it will prove profoundly rewarding. So open your mind and give it a chance! I enclose the trailer even though I find it misleading as the film has none of the bright  colours and upbeat soundtrack! As for me, this has instantly landed in my top 3 films of the year so far.