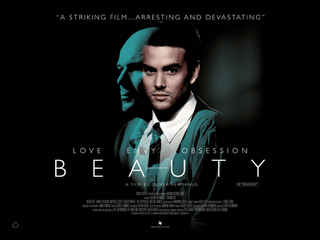 Plot: Francois is a totally unremarkable lower middle class middle aged South African man, leaving an unremarkable life with his wife and their newly wed daughter. Except that Francois is a closeted gay man. And as the handsome adult son of an old friend emerges back in his life, the strength of his burgeoning passion towards him threatens to wreck his life and those around him.


Review: There is a phenomenon in cinema which I have called the "Tyler Perry effect": the inexplicable success of a certain kind of films, which are being targeted and enjoyed by a minority, any kind of minority, for some inexplicable reason and despite a lack of any apparent qualities apart from offering a crude mirror for a particular audience to reflect itself on. And it is something that LGB cinema is frequently guilty of. Call me naive, but to me, a director who embarks on a project with the sole project of targeting a minority and offering them what they want to see is in the wrong job. It would indeed be very sad if audience only selected films based on any links with their own lifestyle and life stories. The mark of a great film is that it can make an emotional connection with anybody, regardless of their background.

So while Beauty, given its subject, might make you worry it belongs to such a niche, its qualities elevates it well beyond the confine of the LGB cinema. The opening scene instantly makes you realise that you are in safe hands. In it, as a wedding is taking place, among all the social agitation and brouhaha, Francois, having only just noticed his old friend's adult son, is transfixed, immobile in his muted attraction. And it is all to Dean Lotz's tribute that he is able to express so much with so little; all that needs to be understood is shown in his eyes: a glance that is part admiration, part lust with a slight hint of surprise but all cooly restrained.

Beauty is an enjoyable but demanding film that requires attention from its audience, as its subtlety is one of its numerous qualities, be it its plot developments which are not spelled out, or its main character who gives very little away. Since the man has nobody to confide into about what he is happening to him, it is up to us to pick up hints of his state of mind through his subtle facial expressions and his actions, or through some seemingly mundane dialogue which speaks volumes.

We soon realise that Francois's pulsions towards his own gender are nothing new, with a coldly lit and explicit scene that sees him engage in some energetic but joyless sessions with other closeted middle aged men. But while he might have managed to keep those pulsions at bay thanks to these anonymous liaisons, he is not prepared for what is about to happen to him.

There is no rational explantion for Francois' love for this younger man, no apparent emotional connection between the two, solely an infatuation that grows so great so it takes precedence over any other aspects of his life, making him act like a lovestruck and selfish teenager unable to understand that he cannot have his ways with the object of his affection.

I did find echoes of Death In Venice in parts, as it is not just unrequited love for a younger man that Francois is facing, but the realisation that, by making the choices he had made in his life, he has eschewed the potential for some greater happiness. And it did not have to be that way, if only he had dared to face his own nature sooner. There are a couple of devastating scenes that echo this feeling: first of all with Francois completely ill at ease in a night club surrounded by much younger people, with him violently turning down a romantic approach by another man, and especially later on at a restaurant as he witnesses two young men affectionately kissing, the sort of beaming happiness he has denied himself for so long. Again, his glance says it all, one of almost surprise at the casual openness that the two men display, as well obvious envy.

The direction here is almost clinical in its precision, and there is not one superfluous scene. Oliver Hermanus puts us in an impossibly awkward position: while you cannot help feeling sorry for Francois and some sympathy even, there is no excuse for some of his subsequent actions. There is a particularly tough scene as Francois commits an unspeakable act, where the full strength of his love and the violence of his self-hate explodes all at once.

A harrowing and compelling film which refuses to follow an easy and predictable route (particularly with an ending that might even disturb some for what it does not do), and with an incredible performance from Dean Lotz that is full of complexities and nuances, Beauty is a must-see.

Beauty, which came out in April in the UK after a successfull run on the festival circuit, is one of this year's best and I throughly recommend you catch it on DVD. It will be out in this format on the 8th of October in the UK, and is released by Peccapics.