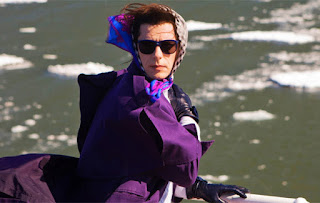 The London cinema scene is as vibrant as it has ever been, and almost not a week comes through without its new film festival. Social networks, the ease of access of older films through Lovefilm/Netflix are two factors among others which explains how London got to become so cinephile. I would go as far as saying that its film scene is more exciting than Paris at the moment, there, I have said it! And for those of you who barely have had the time to recover from the LFF yet asking for more comes the Quebec Cinema Showcase, which will take place at the lovely cinema of the Institut Francais in London from the 2nd to the 4th of November 2012.


Five films have been selected to showcase a cinema which is sadly not widely seen outside of Canada, despite recent success such as How I Killed My Mother & Heartbeats by Xavier Dolan, as well as the fantastic C.R.A.Z.Y by Jean-Marc Vallée and the more recent Incendies and Monsieur Lazhar. So there is your chance to sample some of Québec's new talent.

The biggest name in the line-up is Laurence Anyways by Xavier Dolan, which was recently shown at the LFF. Having loved Heartbeats, I had sky high expectations for it and I have to admit I wish I had enjoyed it more, you can read my LFF report here. Having said that, the young Canadian's director cinema is one that is so personal and compelling, that even an uneven film from him is worth catching up, no matter what my reservations about it were. 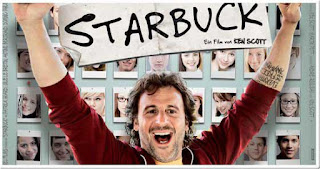 Also showing, Starbuck, a massive hit in Canada last year, which has a rather intriguing premise: a prolific sperm donor sees 150 of his offsprings taking court action for the right to identify their father. The film was also very well received in France where it opened recently, and is being remade by its own director, Ken Scott, for the American studio Dreamworks. As usual, catch the original before the woeful remake (set to star Vince Vaughan, whose comedic "talent" has ceased to be relevant about a decade ago.)

Then there is Karakara, about the unlikely romance of a retired Canadian professor on a trip to the Okinanawa Islands and a runaway wife he meets there. I almost hate myself for saying this but being set in a part of the world I have always wanted to visit, and which looks very different from the rest of Japan which I am a major fan of, no matter what the quality of the film turns out to be, at least it will be pretty to look at!

There is also a very unusual sounding documentary called Bestiaire, described as the depiction of the mutual observation and perception of humans and animals. I am so bored with straight forward, factual documentaries which belong to TV that I welcome any attempt to take the genre into the unusual and the experimental even. And on that note, this documentary has echoes of the bonkers Beetle Queen Saves Tokyo, a documentary about Japan's fascination for beetles, which came out last year. So a curiosity not to be missed.

For more details about the programme and to book tickets, click here.
at 22:12