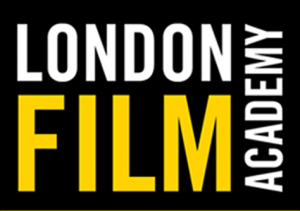 In a listed building, formally a Church in Fulham, the London Film Academy was founded in 2001 by two enthusiastic friends, Anna MacDonald and Daisy Gili. Both women are joint principles of this non-profit making trust dedicated to running practical and professional film making courses including their full-time one year Filmmaking Diploma along with a wide variety of short specialised courses such as Acting for Directors which can be completed in three days. Over the three floors of the Academy, the air is filled with the buzz of near palpable industrious enthusiasm for the behind the scenes minute of creating a film from pen on paper screen writing to dead line driven production.


There is the expected fleets of computers to edit digital film. However, reels of film are nestled against walls that are not there for show but because both MacDonald and Gili insist on their students using actual good old fashioned film as part of their diploma programme. Tarantino would certainly approve. The practicalities of film making are stressed at the LFA and an example of this can be found in the sets available to the budding film makers. There is a generic kitchen leading into a larger room perfect for transforming into a sitting room, conference room or space ship interior - basically whatever the film makers can conceive of and design. The principles insist that all of their tutors are currently working within the industry with MacDonald and Gili themselves clearly completely in love and captivated with film making.

FilmLandEmpire talked with MacDonald and Gili for an extended period of time and what is most striking about both women is their absolute delight and interest in what they do. Film making is a passion and not a pure pay cheque even after 12 years, a length of time in which cynicism could so easily set in. There was not even a whiff of a jaded air from either woman. This film writer wanted nothing more than to run off and make a film within the first hour of being in their company.

Looking around at the faces of the LFA students, people looked focused, enthusiastic and practical. There was no loitering or tea stained tables, unless there as props. London is full of film courses eager to tap into the dreams of film makers and more than happy to take their money for what is an expensive pursuit. The unique selling point for the London film Academy appears to be that from the top down, the artistic and practical joy of crafting a film - which is, in many ways, a wonderful form of madness - will be drilled into a hopeful film maker with on going support and advice being provided by their teachers.