Interview with Michael Blyth, Programmer Of The Cult Strand At The LFF 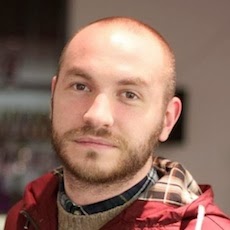 It is safe to say that the London Film Festival has seen its best edition in a long time, thanks to a varied and inspired line-up which more than delivered on its promises. Among it, the Cult strand in particular was the gift that kept on giving. I have nowhere near finished writing all my reviews and I shall keep churning them out through the following days, but it has given to us such highlights as The Strange Colour Of Our Body Tears, The Sacrament, The Congress, Only Lovers Left Alive... Given the quality of the Cult films presented this year, I was keen to ask its programmer Michael Blyth a few question about it and about genre films in general.


1) The Cult strand was introduced at the London Film Festival last year, just as Clare Stewart took over as Festival Director. Was it her idea to include such a strand, and if not, was she easily convinced?

When Clare took over as Head of Festivals she brought with her a load of new ideas. Luckily for me, a desire to represent cult and genre cinema in the LFF programme was one of them, so I didn’t have to do any convincing. In fact, she approached me with the idea of the Cult strand. We had a lot of discussions about what we wanted to achieve, and the direction we wanted to take the programme, and then she let me run with it. It’s been a very exciting working relationship. She’s not afraid to try new things which is really the most that I could ask for. 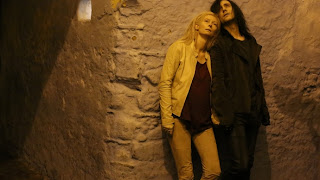 2) Would you say Cult cinema has now reached a greater respectability? Some film festivals such as Cannes and Toronto still relegate it to their Midnight screenings.

Cult movies by definition exist outside of the mainstream, and I think that certain genres , horror in particular, will always be seen as disreputable among certain circles. And to be honest, I don’t think there’s anything wrong with that, as long as there are still people out there championing these films and discussing them from serious critical and cultural perspectives. While Dario Argento’s Dracula 3D had a special midnight screening at last year’s Cannes, it was exciting to see Jim Mickle’s version of We Are What We Are playing in The Director's Fortnight. I think it’s all about finding that balance. One of the things I’ve loved about this year’s Cult section is the mix - seeing a film such as Ari Folman’s arthouse head-scratcher The Congress playing next to something like the schlocky All Cheerleaders Die. It’s that synthesis of high and, what is mistakenly perceived as, low art that interests me. For me they are both hugely smart, inventive films with a lot to say, but it’s unlikely they will both find the same degree of critical attention. It’s important to redress that balance.


3) A few big names we were expecting at FrightFest, such as The Sacrament and The Strange Colour of Your Body Tears, ended up at the LFF. Was there a bit of a competition between the two festivals to attract them?

I think that there is a bit of competition between any festivals, but I have no intention of setting myself up against Frightfest. Quite the opposite in fact. I love that festival, I’ve been going to it as a punter for many, many years and have had some of my fondest cinematic memories there. The commitment they have to the genre, and the unwavering commitment of their audiences is something very special, and there is no need (or point) in competing with that. But at the same time I do think that it’s important that horror films screen outside of niche, genre based festivals too. For Ti West to screen at Frightfest makes perfect sense, and there would be a ready made audience for his film, but to screen it as part of the London Film Festival gives it a different kind of exposure. Again, it’s all part of achieving that balance. Genre festivals are there for genre fans, but having genre cinema in a mainstream festival can bring it to new audiences, and helps the art form to be taken seriously within the industry. Ultimately that can only be a good thing, and hopefully benefits everyone. 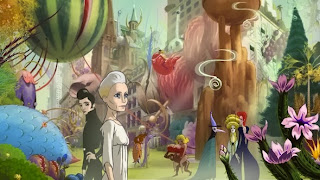 4) I take it you have a finger on the pulse on the current film production, are there some films you already have your eyes on for the Cult strand at LFF 2014?

Of course, I end each festival with a huge list of films to start pursuing immediately for the next edition. But I try not to get my heart too set on certain titles though as that can only end in disappointment, and one of the pleasures of my job is when something comes out of nowhere and completely blows you away. I don’t like to be too prescriptive, but rather see what happens over the course of the year. That said, if I did have to name one thing that I’ve got my eye on it’s the new film from Carter Smith. I’m a big fan of his short films, which I’ve programmed previously for the BFI London Lesbian and Gay Film Festival, and I often cite his debut feature The Ruins as one of the most underrated horror films of the last decade. Information on his new one is scant, and I have no idea if it will even be right for the Cult strand, but I’m very excited to see what he’s going to come up with. I think he’s very talented.


5) Fans of cult/horror films seem to be the most passionate and loyal of any genre (except perhaps for fans of Young Adult Novels adaptations), why do you think that is?

I mentioned before that cult movies exist outside the mainstream, and I think it has something to do with that. I know that when I was a kid, I wasn’t interested in football or sports or whatever the other boys at school liked. I just wanted to watch horror movies. And I think this sense of difference, or feeling like an outsider, is something a lot of horror fans can identify with. Horror films were always a strange source of comfort to me, and the feeling of community that comes with being around other fans is all part of that shared experience. The best horror films feel like they are made with horror fans in mind. That’s why the current wave of remakes consistently fails to capture the hearts of the horror community, as the films don’t feel authentic, just soulless products off a conveyer belt. Genre fans are passionate and loyal when they feel they are being respected, but they are also very shrewd and won’t be taken for fools. 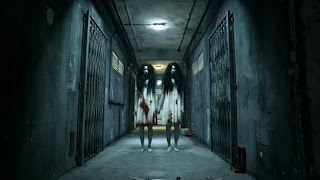 6) With the great quality of films presented in the Cult strand, would you say we are seeing a new golden era for genre films? I'm thinking particularly about a new wave of US indie horror/genre, lead by, among others, Ti West and Lucky McKee who both had films in the Cult strand this year.

I’m not sure if we are embarking on a new golden age, but I think there are certainly several filmmakers out there doing interesting and original things, and West and McKee are two great examples of that. The horror genre is constantly reinventing and rejuvenating itself. There are good waves, and there are not so good waves. But then again, sometimes I enjoy a bad horror film as much as I enjoy a good one, so who am I to judge? The films will keep coming as long as people keep watching them, so long as they are continued to be discussed in a serious way, that’s really all that matters.
at 22:22