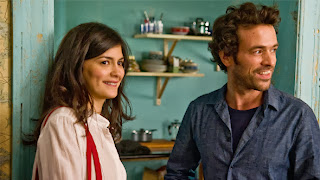 Earlier in the year, we met up with Céline and Jessie again, in Before Midnight. But another, less remarkable film franchise which has also spread out along the years in (nearly) real time is also making a return this year. After Pot Luck and Russian Dolls, here comes Chinese Puzzle. What's next, French Windows?

Pot Luck followed a bunch of Erasmus students sharing a flat in Barcelona, their friendship and romance, their aspirations for the future... Having been a Erasmus student myself, living with a bunch of European students, this struck a chord, especially thanks to the likeable cast, despite the direction being a bit hit and miss. Then Russian Dolls followed a few years later, seeing our characters grow older, wiser (maybe), having to make some life changing decisions, with the carelessness of their youth already ebbing away.


And now they are back again, although technically the films have cheated as unlike the "Before" trilogy, they have not exactly followed the years in real time. And while most characters have grown up over the years, the lead, Xavier Rousseau (Romain Duris), has not. Russian Dolls saw him gets together with Wendy (Kelly Reilly) in the end, but here, after ten years together, they are separating. And when she moves to New-York, taking their children along, he decides to follow her across the pond. With a book to write and nowhere to live, he moves in with old pal Isabelle (Cécile de France), who now also lives in the big apple with her new girl friend Ju (Sandrine Holt), looking for inspiration as well as some direction for his life.

It pains me to say that the charm of the previous films has here completely evaporated. We have lost most characters, and the few remaining here are given little to do, which is a shame as we are missing the group of friends' dynamic which worked so well in the past. I particularly missed Kevin Bishop as Kelly Reilly's brother, who was so funny at first then touching when struck by love. As endearing as Romain Duris is, his character is somehow the least interesting, as a self-centered writer who basically wrote about his life as we see it unfold (a rather tiresome plot device). 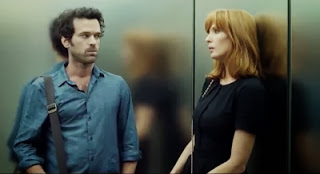 Kelly Reilly and Audrey Tautou, despite their characters being pivotal to the story, are actually given little to do. Cécile de France, who won a César (French film award) twice for her portrayal of Isabelle in each previous film, runs little risk of troubling the awards nominees's list next year. While there has always been a nice reversal of the usual dynamic of the gay guy and his fag hag, here replaced by a straight guy and his best lesbian mate, her character here verges on the unsympathetic, which is a real shame and somehow sullies the good memories we had of her.


The plot feels rather redundant, as if director/scriptwriter Cédric Klapisch had decided on this threequel without quite knowing what to do with his characters, just shuffling their destinies and relationships as he went along. With our characters now in their 40's, we follow the crushed hopes, the disappointments and hesitations that life throws at you at this age but, strangely, while there is more at stake, plot-wise, it feels less involving than the previous films.

Worse, the director's annoying visual flourishes from the franchise are back in force and just as grating: Xavier ponders what a German philosopher would advise with his predicament, and sure enough an actor in full German philosopher attire turns up. Xavier feels looked down by a New-Yorker as an old world European, and sure enough he appears in full medieval clothes. Hilarious. Plus we are treated to a really odd early 2000's Parisian hipster Café Costes soundtrack, which the director kept from the previous films for consistency purposes I guess, but which feels so dated. As the final nail on the coffin, the films suffers from that recent curse, a bloated running time, from which thirty minutes could have easily been cut.

While I had my reservations on Before Midnight, I still cannot wait to meet up with Céline and Jessie again in 9 years. But I am quite happy to unfriend Xavier and his posse on Facebook for good, like some old university friends you have nothing left to say to.