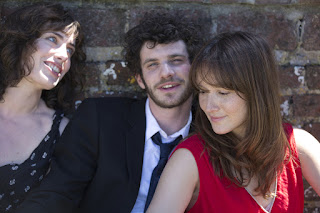 What's it all about?
Micha (Félix Moati) and Charlotte (Sophie Verbeeck) have been together for several years, and while they've had a strong relationship, they're going through a tense period. This isn't helped when they both separately begin affairs with Charlotte's friend Melodie (Anaïs Demoustier).

Why haven't you seen it?
IMDB lists a late 2015 release date for this film in the UK, but that release must have been tiny, because even as a big fan of Anaïs Demoustier, I only discovered this film by accident when it popped up in my Amazon suggestions. It clearly didn't gain much momentum from what cinema release it had, as the DVD release followed a full 16 months later. Unless you're an even bigger Anaïs Demoustier fan than I am, you probably never realised this came out.

Why should you see it?
Romantic comedy is a tough genre to get right, and so frequently I find myself watching them and neither laughing nor able to root for the couple or couples at the film's centre. All About Them is not a pure rom-com, it balances elements of farce and typical rom-com moments with a strong streak of drama and a grounded approach to all of the relationships it depicts. 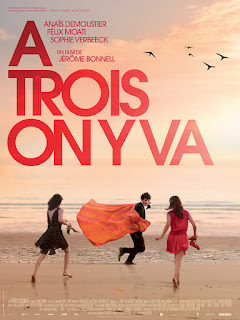 It is not at all difficult to relate to the idea of a couple who have been together for some time getting itchy feet in their relationship and being tempted to stray, despite the fact that they still love each other. It's even easier to relate when the temptation is Anaïs Demoustier. The three central performances all establish characters that you can believe in; a group of young professionals going through, in all likelihood, many of the same things the film's audience will be; changing relationships, changing work environments, uncertainty over what they really want. The film spends some time on this, making sure that we buy in to the situation and the people before introducing some more overtly farcical elements.

Of course, given that Melodie's two lovers live together, there is ample opportunity for her to be almost caught with Charlotte by Micha and vice versa. In one scene, Melodie takes her lunch break to go and see Charlotte, unaware that Micha has had the same thought, this leads to some nicely choreographed farce in their apartment, ending with a funny image of both her lovers waving Melodie goodbye; Charlotte from an upstairs window and Micha from the door, each without realising what the other is doing. This and other scenes like it are a lot of fun, but because the film has laid some realistic groundwork, there is some drama to them alongside the comedy. Typically for a French film, All About Them is pretty frank with its sexuality and, yes, it does – at least for a while – end up going exactly where you'd expect when Charlotte and Micha finally find out what the other has been up to.

The performances are strong enough that we are drawn to all three of the main characters and can see what draws each of them to each other, which complicates our sympathies and which relationship we find we want to root for (I suspect there will be a lot of different answers among different viewers). Most importantly, there is strong chemistry all round. One connection seems especially intense, both in the writing and the acting, and that actually leads to the film's only major problem: the ending doesn't work. For a while it seems as though writer director Jerome Bonnell is going in one direction, but at the last minute he changes the way things are headed, leaving us on a note that seems to emphasise, with little real substantive build up, the least likely relationship as the one that is supposed to last beyond the credits. It's a pity, as without the film's last two minutes or so, the ending would be entirely satisfying, if (from my reading) bittersweet. 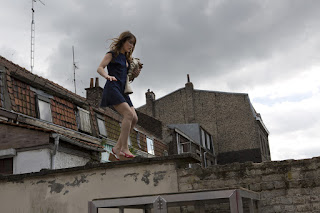 On the whole, these 83 minutes may end up feeling soufflé light, but they're a fine showcase for the cast (especially the ever luminous Demoustier) and ground their more fanciful and farcical moments in strong characterisation and sympathetic performances. It would make for a nice change from Hollywood's typical rom-com fare if you want something a little bit different.

How can you see it?
The UK DVD seems to be your best option. As is often the case the French release is not English friendly.
at 20:00