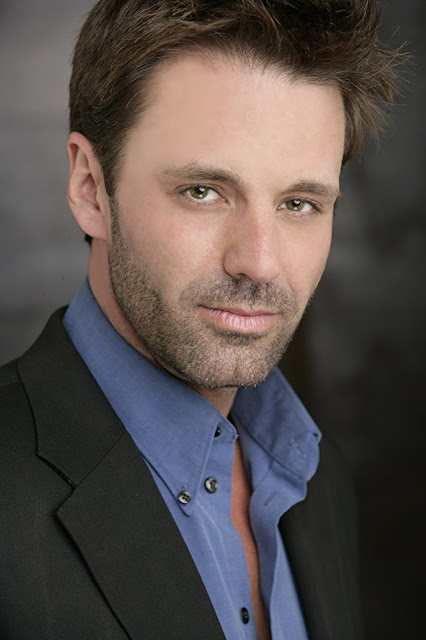 
Regarded by many as one of Hollywood’s hardest working special effects artists, and one of the most talented puppeteers in the business, Todd Tucker has worked on numerous projects throughout his career including big budget productions such as Hook, Bram Stoker’s Dracula, Apocalypto and even Watchmen.

As part of this year’s Horror Channel's FrightFest, Tucker was in London recently for the world premier of his second feature as director with the screening of his new film The Terror of Hallow's Eve. Earlier this week, FilmLand Empire had the chance to meet up with Todd for a candid chat and asked him about his aspiration for the future and his role as one of the most sought after make-up artists in the industry.

First of all, welcome to London and to FrightFest, is this your first time here? How are you finding it so far?

Oh it’s awesome, really awesome. I saw a couple of films and got to meet all the owners…..it’s very cool.

How does the festival crowd here compare the other horror festivals you’ve been to?

You know, it’s funny because the horror audience…the fans…. are kinda the same everywhere, but they’re great….they are the most loyal, loving fans of any genre, the only different thing in the accent[laughs]. But it’s really cool, because so far everyone we’ve met has been very nice and anyone who has seen the movie has been veRy confident, it’s very cool.


So you’ve worked on pretty much everything in Hollywood. In fact it would be easier to name things you haven't worked on than the other way around. How did working on such big productions prepare you for directing your own projects?

Ah you know, I was fortunate enough to work on a lot big studio films and for me the two directors that were always my inspiration were John Carpenter and Steven Spielberg. In fact, the very first film I worked on was Hook, so I got to literally sit there and study Spielberg and how he directed. And then when I worked on Bram Stoker’s Dracula I got to work with Coppola and I did the same thing, I would just literally study these guys and see how they interacted with people. I came to LA with a game plan to start in make-up effects, and eventually become a creature performer (a puppeteer), and understand that aspect of it…and then get to the point where I was writing and producing and directing my own content. So it was a master game plan, so I came in knowing that I had to prepare myself and start learning from the best and absorb whatever magic they had and then just kinda put it into my own version.

Now that you’ve made two features, which part of the business would you say fits you better between effects and directing?

I love doing make-up, and I still do it, but my passion at this point of my life is absolutely directing and writing. You know it’s kinda the same thing in a weird way, because when you create a creature, you know you’ve come up with a concept and then you execute it and then you actually go on set and build it, and put to in front of the camera. It’s kinda the same thing as making a movie, it’s just a lot more involved and there are a lot more departments of people to deal with, but it’s still about pulling all the resources together and making one final grandiose effect.

Your film is going to be shown in the big IMAX theatre here at FrightFest, how do you feel about that? Is it quite daunting?

Oh I can't wait, It’s not daunting at all. This will be the very first time the public have seen it, because the only time we showed it before, was for the cast and crew screening. So for me, this is as cool as it gets, because the majority of the people who are going to see it have no idea what's in it, because we deliberately did not publicise the creatures. So no one has a clue of how many creatures and monsters we have in it. I think when they all out of there they’re gonna be blown away because they never saw it coming.

Can we talk about the main creature, which is this Trickster character played by Doug Jones. It felt to me like it had a very old European aesthetic, would you agree with that?

Well here’s the thing, the key artist at our effects company Illusion Industries is a guy named Martin Astles, he designed the Trickster and he's English....and he was telling me too, when you go to FrightFest, you have no idea how much these guys are going to love this stuff, so I do believe that there is a little bit of an English spin to some of the looks.

It also felt like it had an almost Grimm Fairytales thing about it, would you say that was a fair assessment?

Yeah that was the goal. It’s funny because the main character that people have compared the Trickster to is Dobby from Harry Potter, which I was not expecting so I have no problem taking that as a compliment.

Can you tell us about your own experiences as someone growing up in the 80s and who your cinematic heroes were then?

For me I was an only child and I went to the movie every weekend. I lived in the movies because my mum was a single parent, she was never home.

So you basically were a latchkey kid just like Timmy in the film?

I was, and in fact the first thirty minutes of the film was exactly what happened in my own life. It was one of those things where as a kid I started being inspired by films and the two directors that inspired me the most were John Carpenter and Steven Spielberg. And the movie Halloween is the reason I’m here. It scared me so bad that it permanently made me want to do this. In fact we were fortunate enough to actually get John Carpenter music in the film, so that to me was a huge thing to have approval from one of the best ever and we got really really lucky to get, not only the actors that we got, but to also get John and all the people that were part of the film.

There are three key characters in your movie played by actors known for their roles in the Buffyverse, with Juliet Landau, Doug Jones and Christian Kane, was that deliberate or was it a total fluke?

It’s Funny because Juliet is a friend of ours and she was in my last movie, so we became friends back then and when we were doing The Terror of Hallow's Eve, we brought her back and actually made her a producer in the film because she was reaching out to some different actors for us and she actually arranged for us to get Eric Roberts and Christian Kane. And also because she was friends with Christian and I was friends with Doug for years and years, I did make-up on him years ago. So yeah, we basically knew that we were getting people from Buffy and knew that that wouldn't be a bad thing. And why wouldn't you want that in your movie.

Finally, what are your plans after FrightFest with this film and other projects?

After FrightFest we are hopefully meeting some studios and the idea is to get a studio behind the film and hopefully get limited theatrical release if possible. We are scripting The Terror II, because at the end of the movie we set up the sequel and basically have it ready to go for the next one. And we also have a supernatural television series that we’ve developed and that we are pitching to Amazon and Netflix etc….so we are definitely going to be content providers for as long as we can. And we split the company (Illusion Industries) down the middle, we’re still doing make up effect for the big studios, but we are now also concentrating on contend and we will continue doing that.


Todd Tucker is the president of special effect company Illusion Industries
at 08:08